THE newly set up Australian study hub in Malaysia is an innovative step forward for how education will be delivered.The establishment of Study Melbourne Hub Kuala Lumpur (KL), said Deputy National Unity Minister Wan Ahmad Fayhsal Wan Ahmad Kamal, is in line with the country’s effort to place itself as the region’s education destination of choice.

The hub, he said, could act as an avenue for more education exchanges between students, academics and researchers, as well as a catalyst for deeper cross-disciplinary collaborations that cover culture, commerce and industry.

“While universities and schools normally open up campuses of their own, the Victorian government adopted a significantly different model by setting up a universal hub that connects various education institutions with other parties in a novel way.

“Having already established a trade and investment office in Malaysia since 2009, the launching of Study Melbourne Hub KL is not only proof of the Victorian government’s continued confidence in Malaysia as an important market, (but also) that transitioning into a post-pandemic world requires brave leadership and radical innovation, especially in education. 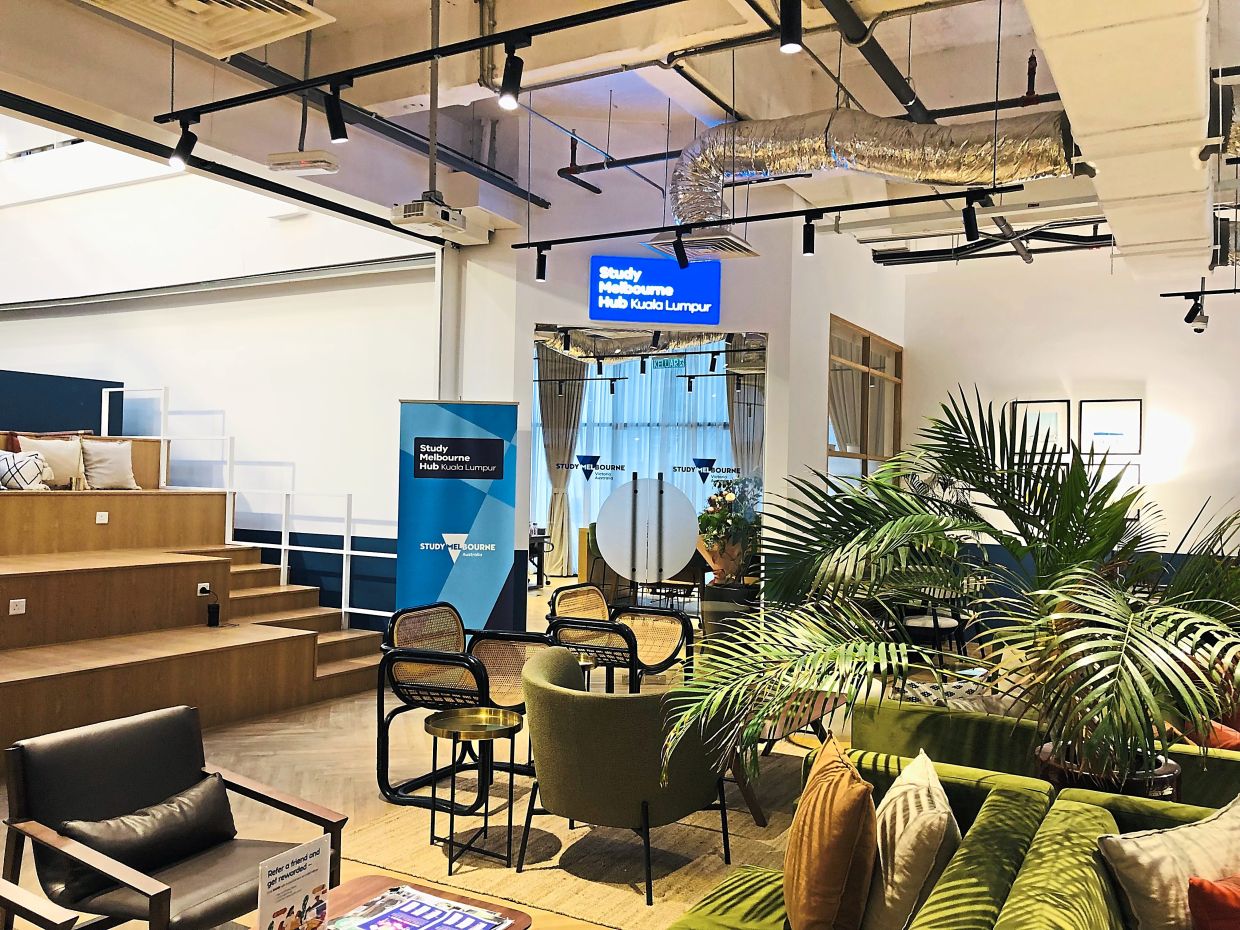 “I am confident that your students will appreciate the enhanced remote learning experience that this hub provides, as well as keeping the connection with Melbourne and Victoria alive among students and alumni alike,” he said during the virtual hybrid launch of the study hub on Nov 23.

Australia’s deputy head of mission to Malaysia Hannah Birdsey said physical investments like the study hub reflect the strength of the bilateral education relationship between both countries and their continued commitment to deepening those ties.

“Australia and Malaysia’s education history is long and prosperous.

“I’m sure this hub will be a valuable place for parents and prospective students to connect with each other, as well as to study and to access support and information about the benefits of studying with a Victorian education provider.

“Malaysia is also growing in popularity as a study destination, with over 3,000 Australian students undertaking study experiences and internships in Malaysia under the new Colombo Plan since 2015,” she said, adding that these alumni are valuable assets for both countries, encouraging genuine connection between Australia and Malaysia in deepening their academic, economic, institutional and cultural connections.

Commissioner for Victoria to South-East Asia Rebecca Hall said the history of the country’s relationship with Malaysia and the opportunity for students to experience Victoria and Malaysia are a “story we want to share and celebrate”.

Be part of a university ranked top 50 in the world
Groups hope ministers will improve education
Group hopes PM will help sort out Tamil schools' woes
Woman inspired by dad’s last words
Sabah eyeing ‘wealth-based’ higher learning to boost economic growth
PTPTN repayment incentive taken up by over 11,000 S'wak graduates since 2019
Doctor, doctor: Identical twins graduate together with medical degrees
Why some Malaysian youths are going bankrupt - Insolvency Dept: Over 20% of bankrupts are youths
How young Malaysians can avoid being poor
‘Teach us how to manage money wisely’