Bearing down on bullies 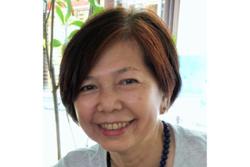 BULLYING incidents are known to happen at children’s playgrounds, primary and secondary schools, and at the workplace, but what about at the tertiary level?

In 2017, the tragic death of Universiti Pertahanan Nasional Malaysia student Zulfarhan Osman Zulkarnain made headlines and shocked the nation.

The 21-year-old marine cadet officer died at Serdang Hospital after sustaining serious injuries from a steam iron – he was said to have been physically abused by 18 other varsity students.

Early this month, the Kuala Lumpur High Court sentenced six of the students to 18 years in jail each for the culpable homicide of Zulfarhan.

In addition, five of the six students – as well as the other 12 – were found guilty of voluntarily causing hurt to Zulfarhan to extort a confession from him over the theft of a laptop.

For the offence, Justice Azman Abdullah sentenced each of them to three years in jail from the sentencing date.

Many experts recognise that bullying can happen anywhere and at anytime, and universities are no exception.

Just because few have actively talked about it does not mean that it is not a cause for concern.

There are various reasons why bullying activities in universities go unchecked and unreported.

It might be because the universities fail to take the issue seriously or that the victims have a sense of distrust of the institutions’ ability to deal with the reported problem.

It is thus important that our varsity students are aware of the various channels which are open for them to seek help when they encounter any form of bullying.

Universities on their part must acknowledge that the problem exists and take concrete steps to tackle it immediately. They should never hide any such occurrence in order to protect their reputation.

The university management must come out with holistic and comprehensive plans and strategies so that students can carry out their activities in a safe and respectful learning environment.

The time has also come for our government to take bold steps to address the issue. If no drastic solution is taken now, it would not only affect the victims, but also the reputation of our education system and our global standing as an educational hub.

It is crucial for us to note that bullying, if not stemmed early, may lead to the perpetrators becoming more brazen in future and committing more hideous crimes.

Another way of curbing this scourge is to have strong legislation in place. We can amend the existing Education Act 1996 or create a new law to address the issue of bullying specifically.

In this regard, we can learn from the United Kingdom’s Education and Inspections Act 2006, or the United States, which has anti-bullying laws in all its 50 states.

At the same time, the government can also consider creating legislation aimed at deterring and punishing antisocial behaviours which include bullying among children, teenagers and young adults.

With concerted effort from the stakeholders, bullying incidents, as well as issues concerning youth delinquencies and gangsterism, can be better managed.

Faculty of Syariah and Law 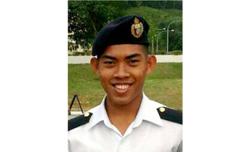