Olympians: Attitude is everything These attributes just about sum up the “magic formula” of both Datuk Mohd Azizulhasni Awang and Tan Sri Datuk Dr Jegathesan Manikavasagam to scoring not only in sport, but also in life.

National track cyclist Azizulhasni, who was Malaysia’s sole silver medallist at the recent Tokyo Olympics, said there is not much of a secret to being an elite athlete.

“It’s purely hard work, discipline, commitment and sacrifice,” the Pocket Rocketman said during a Facebook Live session titled “How to be the best in the world: Lessons from successful Olympians” hosted by Universiti Sains Malaysia (USM) on Aug 18.

Athletes who want to win, he added, go through rigorous routines, day after day, and it is discipline and determination that keep them going.

“We wake up early in the morning, go for training, and take care of our diet, rest and recovery. And we repeat the same thing every day. “To become champions, we give more than 100% at every training session.

“We are fully committed and are willing to sacrifice everything in our lives,” he said, adding that this includes having a social life.

Azizulhasni, who made his fourth Olympic appearance in Tokyo, also said that these principles do not only apply to an athlete, but also to everyone who wants to become successful.

Another trait of highly successful people, he said, is having good time management skills.

The family man devotes most of his time training in Melbourne, Australia, but makes it a point to spend time with his wife and children, who are there with him.On determination and commitment, Azizulhasni said he wrote down a list of goals he wanted to achieve when he first joined Bukit Jalil Sports School after his Penilaian Menengah Rendah (PMR) examination, and would tick off everything he had accomplished.Every time he didn’t meet his goal, he said, he would review his performance and learn from the setback so that he could improve his skills.

Having a “never give up” attitude also contributed to his win, said Azizulhasni.

“Every obstacle we have in front of us is actually a test and lesson for us to become a better version of ourselves. If we can get through those obstacles, I believe that we will succeed, no matter what we try to do,” he added.

Carrying the weight of hope from the country’s 32 million citizens to Tokyo was no easy feat but Azizulhasni said he managed to triumph, thanks to his positive mindset and focus.

“It’s a huge pressure for me but having been in this sport for about 17 years, I’ve learned a lot,” he said, adding that he has matured and is able to handle pressure well.

What Azizuhasni has adopted is a tried-and-true formula as the same principles were used by Dr Jegathesan, a Malaysian sports icon in the 1960s who was a medical student when he joined the international sports arena.

According to the three-time Olympian, he was able to achieve both his ambitions – becoming a medical doctor and an international athlete – due to time management, among others.

The nation’s “Flying Doctor”, who has served as the deputy president of the Olympic Council of Malaysia and is now a pro-chancellor at USM, said he would allocate two to three hours daily to studying and another two hours to training.When asked what makes an athlete a winner, the medical doctor with postgraduate qualifications in pathology and infectious diseases pointed out the merits of having a winning mentality and 100% self-confidence.

“If your brain is already telling you that you won’t win, you’ve already lost half the battle.

“When you leave your house, you must wear your self-confidence. Even your rivals must not know that you have any doubts,” he said, adding that this applies to everyone. 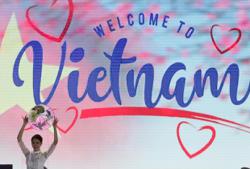 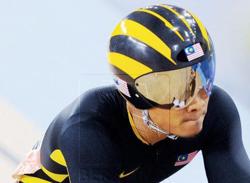