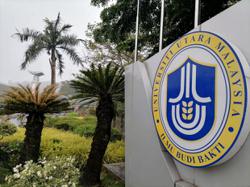 UNIVERSITI Teknologi Petronas (UTP) has once again emerged as the nation’s top private university. In the recently released Times Higher Education (THE) Asia University Rankings 2021, UTP saw its position rise 13 spots to place 111th among 551 universities.Apart from UTP, 14 other Malaysian universities qualified for the ninth edition of the international university rankings.

UTP vice-chancellor Prof Dr Mohamed Ibrahim Abdul Mutalib said it was an achievement born out of the varsity’s effort to reengineer its strategic focus.

“By producing niche commercial applications and by forging more strategic partnerships with universities and industries within the region, we have seen better impact on publications,” he said in a press release dated June 4.He added that the varsity has aligned its initiatives to support its parent company Petronas as well as its sustainability agenda.

“Hopefully, this will elevate our business outlook and strengthen our financial sustainability, which will be crucial for the university’s future,” he said.

In another recent development, UTP has made it into the Quacquarelli Symonds (QS) World University Rankings 2022. It climbed 25 spots from its previous ranking to clinch the 414th position.

In addition, UTP has retained its six-star rating (the highest performance level) in the Malaysia Research Assessment (MyRA) for its research development and commercialisation programme.

The university has also achieved a six-star or outstanding status in the Rating System for Malaysian Higher Education Institutions (Setara).