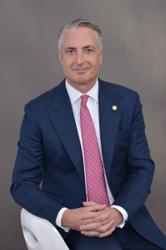 Communication is key: Having open conversations with children about family finances is important to help them understand money management. — Photo: 123rf.com

OVERSPENDING, especially with credit cards, is why young people get into debt.

There has been a year-on-year increase of debt among young people between the ages of 18 and 25, said Credit Bureau Malaysia (CBM) chief executive officer (CEO) K.C. Wong.

While the data may not be an exact representation of the entire Malaysian population, the bureau has noted a rise in the number of young defaulters with more than three months in arrears.

“Overspending has always been one of the key issues in managing money and the recent popularity of online shopping has exacerbated this problem.

“The use of artificial intelligence (AI) to learn and capture buyer’s attention has made it easier for youngsters to get into financial trouble. This age group getting into debt has got a lot to do with credit cards and the convenience of online shopping.

“The mindsets among youths who have just entered the workforce and are starting to earn their own income is: It’s my money, I can finally spend it however I want.”

Calling for a formal and structured syllabus on financial literacy in schools, Wong said the Covid-19 pandemic and resulting movement control order (MCO) are good opportunities to “open everyone’s eyes”.

“The young generation today live in comfort where there is no war, and no shortage of food.

“Parents must teach them to not take the good times for granted and emphasise on spending within their means and to only spend on things they need, ” he said, while predicting a rise in bankruptcy declarations.

Noting that financial literacy is lacking all around the world, HSBC Malaysia CEO Stuart Milne said it was important for everyone to have an early start on understanding financial management. This prepares them for the future.Developing financial literacy, he said, is a long-term goal which requires time and investment.

“Engage children on financial education in a fun way at home because children develop habits – good or bad – when they are still very young, typically three to four years of age, ” said Milne during HSBC’s recent FUN-nancial Guide virtual launch-cum-panel session on Oct 28.

Many of life’s early lessons are learnt through the medium of stories and fairy tales, he said, adding that financial lessons should be given the same treatment.

The interactive FUN-nancial Guide is a collection of five modules especially made for primary and secondary school children aged between eight and 15 and their parents, to develop an understanding of concepts related to money.The panel session included Milne, Teach For Malaysia (TFM) social business and special projects head Loh Ken Ming, Parenthood Malaysia editor Lily Shah, and husband and wife duo Aishah Sinclair and Shahnaz Karim.Loh noted the lack of financial literacy among youths, particularly those from disadvantaged backgrounds.

Sharing his experience when he taught a Form Two class in a fishing village, Loh said his students’ method of money management was looking at a box of money in the house.

“If there was enough money in the box then there will be enough for them to eat during recess and vice versa.“This shows there is an absence of financial planning within the younger generation, especially among those who hail from disadvantaged backgrounds.”

TFM, he said, believes that a child’s education shouldn’t influence his or her future opportunities.“Access to a quality education is not just an academic syllabus. It is also about holistic experiences and conversations – where financial literacy is crucial.

“If we do not start off young in developing strong financial habits, it leads to having poorer habits when we reach adulthood, ” he said, adding that financial literacy should be an on-going conversation and not a one-off conversation or lesson whereby the child is sent to attend a workshop and emerges from it financially literate.

“Financial literacy habits are built. Money is a tool to get something. Children must be exposed to decision making, ” said Loh.

Lily called on parents to be more transparent and open with their children about the family’s finances.

The mother-of-two said some believe that children shouldn’t be concerned with where the money comes from or whether there is enough of it.

Parents who incorporate financial lessons into everyday conversations have the strongest influence on their children when it comes to money, she added.Lily suggests allowing children to ask questions about family finances.

When you are managing your money, don’t hide away in your bedroom – do it at the kitchen table or the living room instead.“This gives you an opportunity to explain to them how you are managing the family budget so that the child knows that this is something important that he or she should know about and would need to do.

“Even two-year-olds can understand the concept of money so whenever there is an opening in a conversation, talk to them about earning and spending money.

“Tell them what a credit card is and how it functions, what interest rates and debts are, the differences between needs and wants, ” she said, advising parents to refrain from giving more money when children use up their allowance.

“They need to learn how to manage the money themselves.”

Aishah and Shahnaz who have two daughters together, shared their perspective on the role parents can play in inculcating financial literacy at home.

“Whenever they ask for something, we will discuss how much pocket money they have and the portion they would have to put aside for it. Big ticket items are reserved for birthdays and special occasions, ” said Aishah.

Shahnaz said parents should also be open to sharing their “broke moments”.

“Share your feelings, thoughts and what you are going through in your finances. It is alright to talk about the good months and the tough months so that they know it isn’t always hunky-dory, ” he said, adding that financial literacy is a culture that needs time to build – it has to be seen, experienced and talked about daily.

It’s time to rally behind our students
Educationists want organisations to help ensure that students’ learning is not disrupted
Students are staying strong...
To help learners cope, stakeholders are stepping up to do their bit
Local varsities on global eco-friendly list
Apply online to defer PTPTN loan repayment
Pupil copes with online fatigue by escaping to his little world
Hearing-impaired student wins global award
Write it right
Hear it from the teachers