Further delay in housemanship offers due to Covid-19

AS of Sept 15, some 635 medical graduates are still left waiting for their housemanship placements at government hospitals.

On average, an aspiring doctor can expect a nine-month wait for the two-year housemanship offer but the Covid-19 pandemic and resulting movement control order has exacerbated the wait.

While the government has attempted to speed up the process by increasing the number of graduate training hospitals from 38 in 2009 to 48 in 2019; collaborating with the Consortium of Malaysian Public University Hospitals to increase housemanship placement slots in university hospitals like the University Malaya Medical Centre, Universiti Kebangsaan Malaysia Medical Centre and Hospital Universiti Sains Malaysia; and increase housemen training slots from 10,835 in 2013 to 12,153 at present, the long wait for housemanship placements will continue to be a problem unless more is done.

Malaysian Medical Association (MMA) president Prof Datuk Dr Subramaniam Muniandy said the delay is made worse by the pandemic but the lack of training slots, the extension of existing house officers in certain departments, and housemen going on maternity or medical leave, need to be addressed as these are long-standing issues.

“There was a gap between March and July where there were no new intakes for medical graduates as the country was battling the virus.

“But there has been at least five housemanship intakes within the last few months whereby on average, 1,000 medical graduates were hired per intake. It is a step in the right direction in the ministry’s effort to clear the backlog, ” he told StarEdu, adding that Covid-19 isn’t the sole reason medical graduates are not getting slots.

Agreeing, former MMA and the Medico-Legal Society of Malaysia president Datuk Dr N.K.S. Tharmaseelan said house officers not completing their training within the stipulated time has resulted in the lack of vacancy for fresh graduates.

There is a massive backlog in the waiting list, he added, because there are only a fixed number of slots available so a post only becomes vacant when existing house officers complete their housemanship.

Last year alone, over 1,000 house officers failed to complete their housemanship training within the stipulated two-year period, he said.

“The fact that there are so few hospitals allowed to train house officers makes things worse.

“The ministry introduced contract employment for medical graduates to reduce the wait for housemanship but it hasn’t helped the situation, ” he said.

Dr Tharmaseelan, a professor of obstetrics and gynecology at Melaka-Manipal Medical College, said the problem isn’t that Malaysia has too many doctors. Rather, it is a result of the unequal distribution of doctors across the nation.

Covid-19, he added, has led to some countries shortening their medical course to allow students to graduate earlier so that they can be absorbed into the system.

“More doctors are needed as frontliners during the pandemic.

“So the pandemic shouldn’t be seen as the cause of the delay in employment of new medical graduates.”

“The problem has snowballed as medical colleges mushroomed over the last two decades.

“Varsities have been over-producing medical graduates, further contributing to the long waiting periods and lack of guarantee in securing a job in the service, ” he said, adding that Malaysian doctors could end up on the “export list” if nothing is done to address the problem soon. 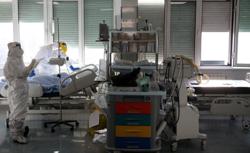 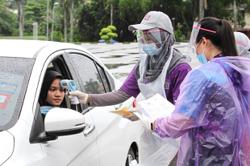