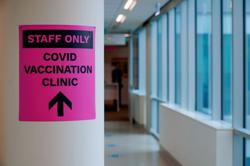 UOW Australia students make use of the many informal learning spaces around the Wollongong campus to catch up on assignments or studies.

MALAYSIA is now home to the University of Wollongong’s (UOW) newest offshore campus.

The Australian public university has partnered with KDU University and Colleges to give birth to UOW Malaysia KDU.

A fourth campus is being built at Batu Kawan, Penang.

UOW vice-chancellor and principal Prof Paul Wellings says: “We’ve known for a long time that Malaysia is a strategic hub for higher education in Asia.”

“We think this is a really important step and that’s partly because of our history and expertise in operating in multiple locations, ” he adds. The former KDU University College is known for its hospitality and tourism courses. — File photo

The acquisition, which was approved by the Education Ministry on April 22, will also see UOW Global Enterprises taking up a 70% stake in KDU College.

In November 2018, Paramount Corporation Berhad, the owners of KDU, entered into a strategic partnership with UOW to enhance its tertiary education business.

“The strategic partnership is a catalyst to elevate KDU quickly in an increasingly competitive market.

It will help differentiate KDU from other higher education institutions in the market, ” he was quoted as saying in Bernama.

“We officially completed the transaction on Sept 3, ” says Mastroianni, adding that the staff and students “are already part of the UOW family.”

She adds that they plan to do an equity buyout over an extended period of time. Mastroianni: Expanding to Malaysia is part of UOW’s ambitions to have a global network of institutions.

“Their (Paramount Corporation Berhad) values were aligned to our values and we knew we could work with them, ” she explains.

This is not their first foray into the Malaysian higher education arena as UOW was partnering with a local private university for the past 10 years.

She adds that the decision to partner with Paramount Corporation Berhad was made after a lot of careful consideration and looking at the best way to enter the Malaysian market.

Previously, they only partnered in programme delivery but this time, the young Australian university is a partner in ownership, she explains.

Mastroianni says they “are very excited about becoming a direct provider of education in Malaysia.”

With their acquisition, everything from staff to curriculum to marking and examinations will be controlled and conducted by UOW.

This means that every student and staff will be part of UOW, adds Mastroianni.

She adds that KDU’s reputation for having renowned hospitality and tourism courses also attracted UOW to the institution.

In fact, she believes that the Malaysian campus will become the university’s “centre of excellence” in the field of hospitality and tourism.

“We will send our students who want to study this sector to Malaysia, ” she says.

“I think the strength for us is actually the fact that KDU has a family of degree programmes in hospitality, IT, computing, and gaming technology, ” adds Prof Wellings.

As to what happens to the current batch of students in KDU who are enrolled in their respective programmes, she says that they do not have to worry as they will be able to complete their courses without any changes. 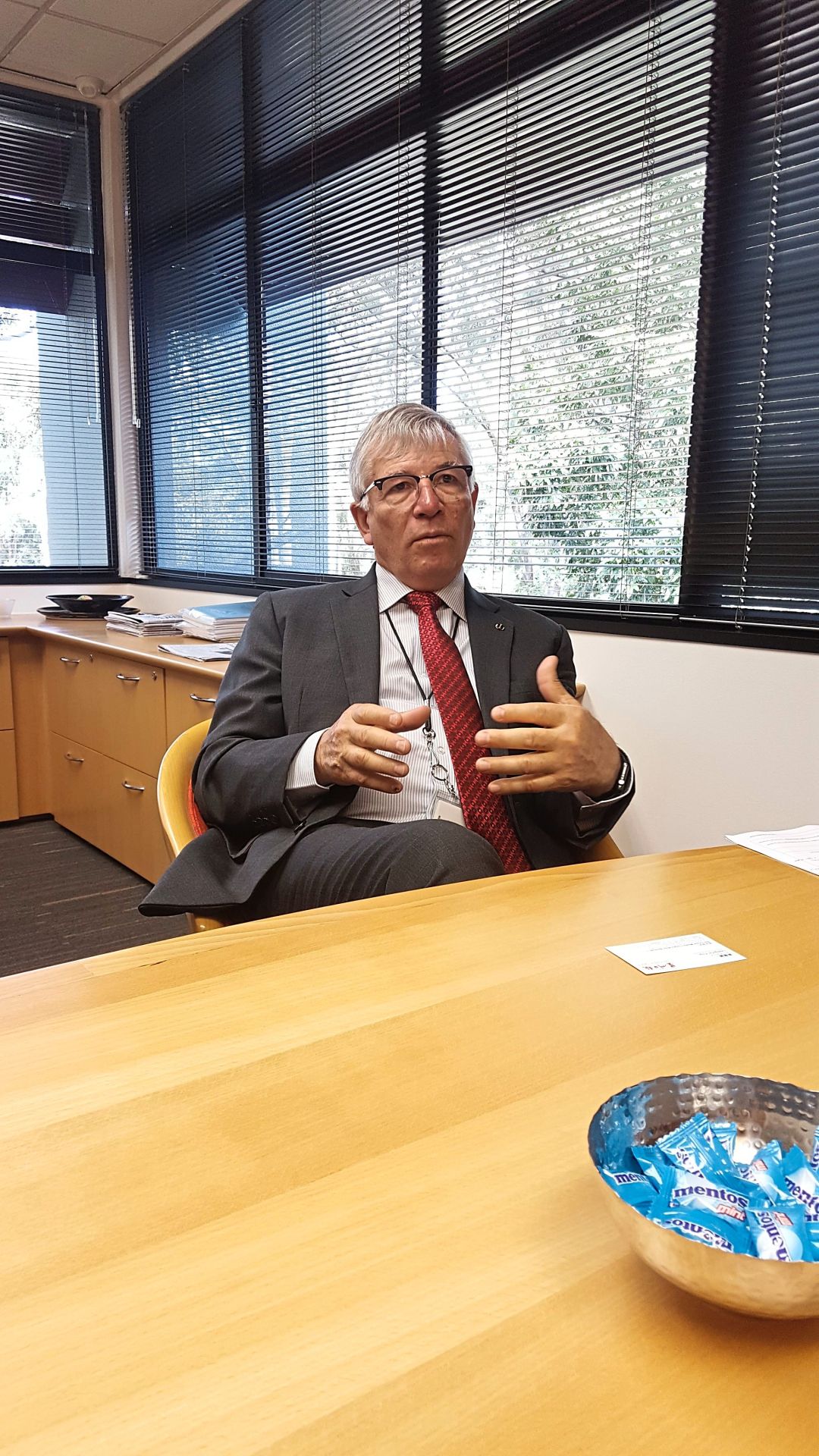 Mastroianni says expanding to Malaysia is part of UOW’s ambitions to have a global network of institutions.

“We are providing our students and staff with a unique global experience, ” she adds.

Staff from the Australian campus have been helping the Malaysian staff with the transition in terms of curriculum, marketing, IT and the like, she says.

“We are not replacing the staff with our own, ” she stresses.

relations manager Siena Morrisey says the university was first established as a division of the then New South Wales University of Technology in 1951.

She adds that Wollongong was chosen because of its history as a manufacturing town with steelworks being the main industry.

“We became our own breakaway, comprehensive university after other, new disciplines were introduced, ” she explains.

Over time, UOW expanded to have nine campuses in Australia and a few more across Asia.

Born in New South Wales, Australia, the multi-campus international university also has a presence in Dubai, Hong Kong and China, with Dubai being the first offshore campus 26 years ago.

“I think one of the features that we are designing in all of our new campuses is all the informal learning spaces.

“This encourages students to stay on campus and actually work with other students.”

To date, there are more than 34,000 students enrolled in the university with more than 7,500 in their offshore campuses.

“About half of those students are international students, which is a very high proportion for an Australian university, ” says Morrisey, adding that there are nine campuses in Australia.

Overall, the university offers 340 degrees across all their campuses.

Prof Wellings adds that they may offer new courses at UOW Malaysia KDU but it would depend on market demand.

UOW Australia deputy vice-chancellor (Academic) Prof Joe Chicaro says this partnership with KDU “is really the next level for us to engage with Malaysia, and with KDU, to really scale up and be a very significant education provider in Malaysia.”

He believes that many of UOW’s programmes will be popular among students in Malaysia.

“Over time, we will start to roll-out more UOW programmes, ” he explains.

While it is true that the students will be getting an Australian education, Prof Chicaro says some elements will be adapted to fit the local culture and context.

This is how the university has successfully integrated itself into its other offshore campuses, he adds.

Things such as coursework and case studies will need to be matched to the local context.

“I think they should be different.

“Obviously we know it’s a different culture and the industries are looking for certain types of graduates, ” he says.

“UOW works closely with local industries to produce graduates that are ready for a career in Malaysia.

“That’s one of the things UOW is very focused on, it’s about producing highly employable graduates, ” says Prof Chicaro, adding that they need to be ready for the country’s future economy. Prof Wellings: We want to build global skills in young graduates as well as their technical skills.

Courses at UOW Malaysia KDU will have both Malaysian accreditation and also the Australian equivalent.

These would be the Malaysia Qualifications Agency (MQA) and Tertiary Education Quality and Standards Agency (TEQSA).

“So, you’re getting an identical degree, ” points out Mastroianni, adding that they are expecting to see an increase in student numbers.

Students will also be receiving dual degrees when they graduate, something which is very unique, she explains.

UOW is rated as Australia’s leading university for student experience in the 2018 Good Universities Guide.

Getting employed matters a lot to students, says Mastroianni and a big pull factor for them to UOW is that it ranks in the top 2% in the world according to the QS World University Rankings 2018.

“We’ve been able to achieve the same employment outcomes not just in Australia, but overseas as well, ” says Prof Chicaro, revealing that almost 140,000 of their graduates are working in 149 different countries across the world.

“These students understand that UOW is a quality institution with a quality degree. Our employability is very high because people have confidence in our student outcomes, ” adds Mastroianni.

Not only that, UOW students also have access to state-of-the-art facilities, comprehensive support and highly qualified academics from around the globe.

Go around the globe

Prof Chicaro says UOW places a heavy emphasis on student mobility and students are encouraged to spend a semester or a year at a foreign campus.

Their wide global presence means students are able to enjoy diverse mobility opportunities in all their campuses.

There have also been collaborations where students from different campuses work together virtually on a project, he says.

Prof Wellings says they encourage their students to be ‘“mobile” so that these students will be able to learn and experience, not just a different culture, but also immerse themselves in different economies.

“Building long-term relationships will be good for both economies, ” he adds.

He also says that businesses, at least in Australia, want employees who understand foreign economies and how to better penetrate those markets.

“It’s about building global skills in young graduates as well as their technical skills, ” he explains.

“I think what we’ll see in the next 10 years is a huge demand for people who have ‘cultural literacy’ and are able to operate across economic boundaries.”

The numbers don’t lie with UOW having around 7,200 students studying overseas on exchange programmes.

More than 12,700 study abroad and exchange students have come from other universities to spend some time studying at UOW.

Their main campus in Wollongong is just an hour’s drive from Sydney and is Australia’s ninth largest city.

The QS Top 50 Under 50 Rankings 2018 also listed the university as the 17th best modern university in the world. 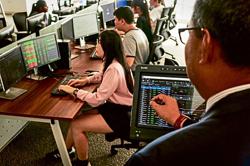