THE merger of Universiti Malaysia Terengganu (UMT) and Universiti Sultan Zainal Abidin (UniSZA) will continue as planned despite protests from several quarters, unless further decisions are required.

Higher Education Department director-general Datuk Dr Siti Hamisah Tapsir said so far, the decision on the merger in principle was made at the highest level of the ministry.

The Higher Education Department as the implementing body has held several discussions on the matter,” she said.

She added the department will continue to listen to the opinions and views of all the stakeholders to ensure that any decisions made have considered the interests of all parties involved.

“We also encourage students to give their views and will continue the engagement sessions with them in the near future.

“We are the implementer of the project and we want to listen to what their hopes and fears are,” she told reporters after a UNiSZA and UMT Merger Coordination Workshop.

Siti Hamisah was commenting on the objections raised by several quarters, including the UMT Student Representative Council (MPP) over the proposal.

On Sept 4, the Cabinet had agreed in principle to the merger of UMT and UniSZA, which was seen as a move to strengthen the capacity of both universities in line with the 10 shifts of the Malaysia Education Blueprint 2015-2025 (Higher Education).

Siti Hamisah said several discussions were previously held between the department and representatives from MPP at their respective universities to explain and hear their grouses.

Since the merger is the first in the country, the ministry would refer to other universities in the world that have gone through a similar process.

Siti Hamisah also gave her assurance that the number of lecturers and employees, including contract staff, would not be reduced once the merger is finalised.

She reiterated that the government had stressed that the welfare of the staff and students would always be a priority. 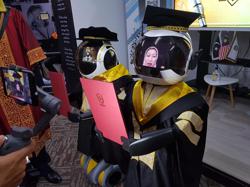 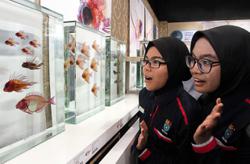 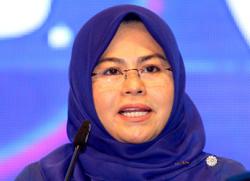