Interest in science continues to drop 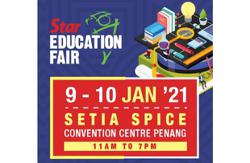 Last year only 44% of Malaysian students were in the STEM stream as compared to 48% in 2012, he said when delivering the keynote address at the Bett Asia Leadership Summit and Expo 2019 in Kuala Lumpur on Tuesday.

This represents an average reduction of around 6,000 students each year, a Bernama report quoted him as saying.

STEM has been the national agenda for the past several decades, the Education Ministry posted on its Facebook page following the event.

“Based on a 2017 report, 7% of the country’s gross domestic product (GDP) is from digital products and services.

“The percentage is expected to increase to 45% four years from now,” Dr Maszlee said in the post, adding that four out of five new jobs in Malaysia is related to STEM fields.

Citing an example, he said the demand for data scientists in the country has risen by 15 fold between 2013 and 2017.

The declining interest in STEM was also seen in the 2018 Sijil Tinggi Persekolahan Malaysia (STPM) results released on Monday.

A total of 42,849 science and social science candidates sat for the exam.

According to the Malaysian Examination Council STPM analysis report, 5,475 students took science subjects in the 2017 STPM, compared to 4,566 last year.

Of the 122 science stream students who achieved a cumulative grade point average (CGPA) of 4.0 last year, 51 were girls.

Although there were more candidates achieving grades C and above in Additional Mathematics, Physics, Biology, and Information and Communications Technology, last year, there was a 0.25% drop in Chemistry passes from the previous year. In 2018, the number of students enrolled in the science stream is only 167,962 out of 375,794. Also, more than 48% of Sijil Pelajaran Malaysia (SPM) candidates failed to get a grade C for Additional Mathematics, a prerequisite to enrol in STEM undergraduate courses, The Star reported last year.

And, 2017 statistics from the ministry showed that the number of students enrolled in fields related to Science, Mathematics, Computer, Engineering, Manufacturing, and Construction, at public and private higher learning institutions, was 334,742.

This was much lower than the 570,858 enrolled in Arts and Humanities, Education, Social Science, Business, and Law. 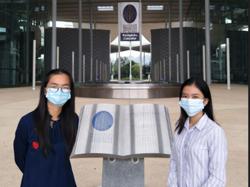 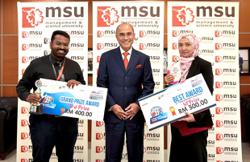