A window to the world 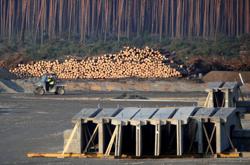 (Front row, from left) Dr Lambsdorff, SMK Damansara Utama principal Zulaika A. Rahman and Stehle look at some of the students’ work at the German language room.

IT was a meeting of cultures as students and guests at SMK Damansara Utama, Petaling Jaya, were treated to a Cak Lempong performance, followed by a group singing rendition in German.

The performances were held in celebration of the school’s partnership with the “Schools: Partners for the Future” (PASCH) initiative, a global network of schools learning the German language.

The ceremony was officiated by the German ambassador-designate to Malaysia Dr Nikolaus Graf Lambsdorff. He congratulated SMK Damansara Utama on becoming a PASCH school.

“The number of German language students are increasing worldwide, especially in Southeast Asia.

“It is very encouraging and we would like to support this as much as we can. I would also like to thank the Goethe-Institut for making this happen,” he added.

The ceremony sealed SMK Damansara Utama as part of the international network of more than 2,000 PASCH schools around the world.

Presently, there are more than 600,000 students learning German in these schools.

The Goethe-Institut supports around 600 PASCH schools in the national education systems of over 100 countries.

“You do not just learn grammar and vocabulary. At the same time, you learn about the country and its people. We get to know what they eat and drink, how they live, what values they have and how they spend their free time.

“By learning German, students will be able to participate in the manifold PASCH programmes. These programmes aim to bring students together to create intercultural encounters and also foster the development of the international language,” he added.

He highlighted the reasons that SMK Damansara Utama was invited to join the PASCH network.

“There are a few good reasons why SMK Damansara Utama was selected, from our perspective. It is the first national school to teach the German language.

“It has been a cluster school of excellence for the past nine years. This school was also invited to be a PASCH school because it has very good results in language competitions. And the school’s principal supports the German language strongly,” he said.

Stehle also went on to say that it was also because the school has a very engaged German language teacher, to which the audience gave a big round of applause.

Teacher Annadurai Subramaniam, who speaks seven languages including Arabic and Japanese, had started teaching German at the school in 2009 when it was first introduced.

Annadurai said that response from students has been very good.

“Now that we are a PASCH school, we are supplied with the teaching resources that we need. Because of this, we have more students enrolling in German classes this year,” he added.

The German language room facilities were also upgraded to include the addition of a 86-inch touchscreen television from Germany.

Annadurai also added that the school is now a centre for the A2 German examination.

“Previously students needed to travel elsewhere to sit for their paper, but now they can do it here,” he said.

Parent Edwin Tan said that the reason he sent his son to SMK Damansara Utama was so that the Form One student could learn the German language.

“My son is interested in engineering and German is the engineering language. There were nearer-to-home school options but when I heard of the German programme offered in this school, I changed my mind.

“This language class enables our children to learn a new language and it also gives them the opportunity to study in Germany where some of the best technologies come from. As with learning all languages, learning an extra language never hurts. It also enriches us culturally,” he said.

Rania Mohd Razif, 16, has been attending the German language class since she was in Form One.

“I have always been fascinated with the German culture. When I found that the language was offered in this school, I signed up for it,” she said.

Another Form Four student Adam Afiq Mahathir, too had been following classes since Form One. He finds German classes more interesting with the new facilities.

“We are very happy and thankful that we got our books! Previously, we had to print and compile them.

“Every year, our teacher keeps telling us about the competitions that we can go for if we work hard enough. This motivates us to learn and improve our German to qualify for these competitions,” he said. 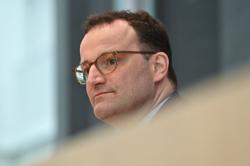 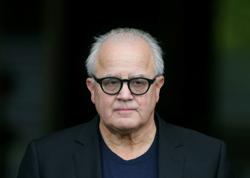