Although the scars of emotional abuse aren’t as visible, it still can be damaging to a child’s mental health.

AN excited child runs towards the parent, saying, “Look at what I did for my school project today!” and receives a curt, dismissive, “Don’t bother me, can’t you see that I’m busy now?” response.

Does this scenario sound familiar? It probably is to many parents and children.

While this may seem insignificant, failure to take a brief interruption for the child will have negative emotional impact, and can accumulate.

When people think of abusive parents, they often think of physical or sexual violence. But, emotional abuse is also a form of violence which can have devastating effects on the mental health of an innocent child.

A research published by the American Psychological Association found that children who are emotionally abused and neglected, face similar and sometimes worse mental health problems with many of them suffering from anxiety, depression, low self-esteem, symptoms of post-traumatic stress and suicidality.

A few years shy of turning 30, Joyce (not her real name) says growing up with an emotionally abusive father was “frustrating”.

The millennial, who works in Mass Communication now, was monitored 24/7 by her father - who restricted her every move, from dressing to the people she saw.

She did not realise the way her father behaved was emotional abuse until she consulted a psychologist. 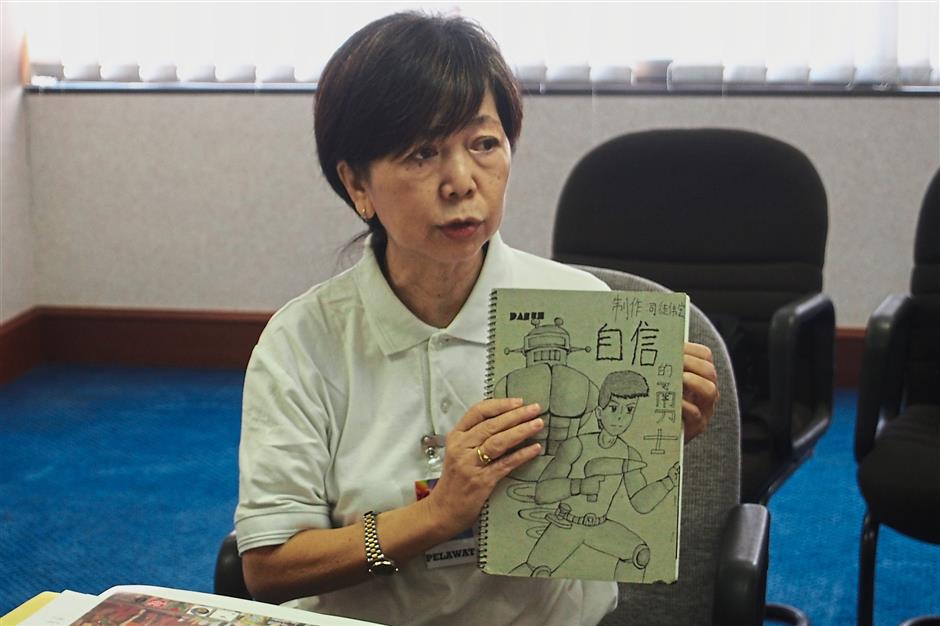 Ho believes that emotional abuse is an issue that concerns not just family members, but the society as a whole.

“I didn’t understand why I was so angry all the time when at home, but felt so free and easy once I stepped out of the house, away from him.

“During my school days, my father would constantly put me down. He would also use threats such as if I were to make him angry or worried, I could cause his blood pressure to rise which could lead to a stroke or his death to ensure I’d follow his every instruction,” she says.

Joyce revealed that her father even threatened many times to terminate the father and daughter relationship or to kick her out of the house if she did not listen to his “advice”.

“I would be brushed off when I tried to express my thoughts. It came to a point where I didn’t believe in myself and my self-esteem hit rock bottom,” she adds. She has since moved out after securing enough funds to buy a house.

“There is also a component of threat and blackmail there, which is commonly known as emotional blackmail,” adds the consultant psychiatrist.

Puveshini Rao from Rekindle Centre for Systemic Therapy Malaysia, says the case may not constitute emotional abuse if Joyce does not react to it on an emotional level and still goes about her work as she pleases, while looking at her father’s behaviour as old-school concern.

“But because Joyce is constantly upset about statements by her father, does not feel trusted and feels bad about herself as well as constantly worrying about her father’s reactions, it does sound like emotional abuse,” says the therapist who provides employee assistance and organisational wellness programmes, and has had extensive experience working with children, adolescents and adults.

Invisible at most times, subtle at others

Although the scars of emotional abuse aren’t as visible, it still can be damaging to a child’s mental health.

Over time, the abuser will chip away at the victim’s self-esteem, causing him or her to feel guilty, doubt themselves, and distrust perceptions.

But what exactly is emotional abuse? If a parent allows their child to witness the physical or emotional abuse of another, or to use illegal drugs, and anything else that leaves a negative impact, it is also a form of emotional abuse, she says.

“Children who are emotionally or physically abused and do not seek help can become abusers themselves as adults. They will have higher incident rates of alcohol and drug abuse.

“It’s very difficult to know how common child emotional abuse is. A wide range of behaviours can be considered abusive, and all forms are considered underreported,” she says.

She shares that signs of emotional abuse in a child may include being fearful of parent; saying they hate the parent; talking badly about themselves; seeming emotionally immature when compared to peers; exhibiting sudden changes in speech, such as stuttering; and experiencing sudden changes in behaviour.

Meanwhile, signs in a parent or caregiver include showing little or no regard for the child; talking badly about the child; not holding the child affectionately; and not tending to the child’s medical needs.

Though there are many forms of emotional abuse, Universiti Malaya Department of Psychological Medicine Assoc Prof Dr Muhammad Muhsin Ahmad Zahari finds neglect as one of the most common forms of it.

He says one of the worst case scenarios is parents neglecting how a child feels at home.

“When parents are too busy arguing over a chronic family discord, the home can become a hostile environment and this indirectly affects emotional development in children,” he says.

He points out that there is a subtle difference between emotional and psychological abuse.

“However, some clinicians do feel that emotional abuse is part of psychological abuse, which can be as damaging as physical abuse,” he says. Puvehsini notes that providing children with all the basic necessities necessities does not equate to being an emotionally fulfilling parent.

Sometimes the scars of emotional abuse remain even longer, he adds.

“It can leave one feeling constant fear, anxiety, insecurity on one end and severe detachment, numbness and indifference on the other.

“It is difficult to provide a hard definition as emotions are transient and exist in response to any experience one faces and there is an emotional and psychological component to any form of violence and abuse. It can be difficult to extricate one from the other.”

She believes that emotional abuse affects how one views themselves and can become a core belief that is resistant to change.

“In extreme cases, it can also cause the victims to believe that on some level, they deserved the abuse and the mistreatment because of who they are. This can lead to self-degradation, self-loathing, anxiety, depression, and anger at themselves and the world,” she says.

“Some parents may be unaware that what they are doing is not healthy for the child’s emotional and personal growth.

“They go through the motions of what they think is best based on their own experiences and tell themselves - I turned out fine, so you would too,” says Puveshini.

She points out that it could be scary for parents to relinquish control on their children as they would no longer have a say in their lives.

“They then hold on too tight causing friction in their relationship. Sometimes it comes from a place of love, but everything in large quantities can be harmful, even love can turn to smothering, control and abuse,” she points out. However, people be clear on what is and is not emotional abuse.

Puveshini says scolding your child for a wrong doing is not abuse if it is followed up by constructive ways of what they should have done instead.

But constantly putting them down for their wrong doing, with threats, guilt-tripping, which does not teach them what’s right, enables the perpetrator to get their way; that’s abusive, she explains.

In the short term, children may react with shock and surprise at the behaviour, feeling scared, confused, fear, guilt and so on in reaction to the abusive episodes.

They may even react either with anger or compliance, depending on the nature of the child.

“However as they continue in the same situation, it can lead to them developing depression, having anger issues, underperforming at school, disciplinary issues, suicidal thoughts, and detachment from family,” she says, adding that coping mechanisms such as self-harm and substance abuse could be used as a form of escape and relief.

Dr Andrew says parents may not be aware that emotional abuse can have a long lasting impact on their children.

Dr Muhammad Muhsin says the social development of emotionally abused children will be affected after they’ve been exposed to repetitive emotional trauma.

“Emotionally abused children may face problems when interacting with people as they become scared to express their feelings. They also have difficulties in communication because they are afraid if they say the wrong words, they might be further hurt emotionally,” he says.

Meanwhile, Ho opines that emotional abuse is an issue that concerns not just family members, but the society as a whole.

It happens largely out of broken self control, which is why families and other people should look out for each other and help out when they find a child in difficulty, she notes.

Undertaking parenting skills’ courses to learn more on how to deal with growing children is also highly recommended.

“Families must pay attention to the needs of children, and the larger family should get involved with the activities of children,” says Ho.

While disciplining children is necessary, Dr Muhammad Muhsin says parents need to be aware of the words they use and actions they take.

He says parents have the responsibility of disciplining their children but they must distinguish between nurturing versus abusing. Dr Muhammad Muhsin says though there are many forms of emotional abuse, neglect is one of the most common forms of it.

“The hostility shouldn’t cross a certain threshold and the intensity should be very minimal. We should refrain ourselves from using corporal punishment as the first solution,” he says.

“Parents, guardians and teachers should update their knowledge on how to best deal with their young using a healthy psychological method,” says Dr Muhammad Muhsin who is a parent himself.

He stresses that parents must listen to children’s concerns and grievances instead of brushing them off, as well as allowing them to make decisions while guiding them along the way.

“Children brought up this way will grow up being able to communicate well with parents and will treat parents as friends, reducing the chances of emotional abuse because there is trust between both parties,” he says, adding that parents must also find a balance between when to parent and when to be a friend.

“If you lose your temper and say something in anger that wasn’t meant to be said, be quick to apologise. It can help restore confidence and trust,” says Ho.

For parents to ensure they do not subconsciously inflict emotional abuse on their offspring, Puveshini says people should learn about themselves first and deal with their personal issues or emotional baggage and decide what kind of parents they want to be and whether or not they want to be parents at all.

Parents can ask themselves if what they are doing is for their child’s best interest or due to their own needs and interest. Just because emotional and psychological abuse does not leave visible scars, it does not make it any less real or relevant, she says, noting that providing children with the basic necessities such as food, shelter, clothes does not equate to being an emotionally fulfilling parent.