Looking ahead: (From left) Prof Khoong, Saifuddin, Idris and champions Maizura and Ryan with their trophy and the mock cheque representing their cash prize.

This year, it was jointly organised in collaboration with the Performance Management and Delivery Unit’s (Pemandu) Economic Transformation Programme, under their initiative “Kopitiam Ekonomi”, and the Malaysian Institute for Debate and Public Speaking (MIDP).

First held in 2010, the KDU Pro-Am Debating Challenge is the only debating competition in Malaysia that requires each two-man debating team to comprise one professional debater and an amateur one.

Although teams were made up of varsity and school students, they had met each other at previous debating meetings and competitions.

This year’s challenge, with its topic “Getting By or Getting Ahead: What’s after Vision 2020?” aimed to make youths more conscious of their role in the formation of Malaysian national economic policies beyond the year 2020.

“We hope to provide an avenue so that the best of these ideas will eventually reach leaders and decision makers in both the public and private domains,” said MIDP general manager Ahmad Faris.

In his keynote address, guest judge Minister in the Prime Minister’s Department and Pemandu chief executive officer Datuk Seri Idris Jala urged the participants and the audience to innovate and think unconventionally to bring Malaysia’s innovation level to a new high.

Echoing his views, fellow guest judge Talent Corporation Bhd ceo Johan Merican pointed out that the right formula to ensure the sustainability of the country was for Malaysian youth to be well educated and well equipped with knowledge, ethics and leadership qualities.

After an intensely-fought final, Team “DJ May Rain” emerged as the champions.

The first runner-up was the “Sarawak for Sarawakians” team, made up of Tim Andrew, from Asia Pacific University of Technology & Innovation, and Abel Gerard Law Shuo Quan, from Methodist College, Kuala Lumpur, was awarded RM2,000.

Aaron Luke, from Kolej Tuanku Jaafar, was named as Overall Best Pro Speaker, while Abel was named Overall Best Amateur Speaker. They were rewarded with RM500 each.

The two-day tournament saw 80 teams participating with an audience of more than 200 debating enthusiasts from local private and public education institutions. 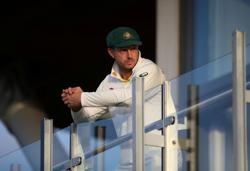