Sunway University, a notable name in the higher education sector, credits its growth to its pursuit of academic excellence.

EXCELLENCE, humility and integrity – these are the three core values that have guided Sunway University to its position as a key player in the Malaysian tertiary sector today.

“This is the ethos of Sunway Group as an organisation; those core values are right there in the way we operate,” explains vice-chancellor Prof Graeme Wilkinson.

“The Jeffrey Cheah Foundation, which owns the university, is a not-for-profit foundation, so we essentially run it for the social good of the country – any surplus we make is ploughed back in supporting education.”

Sunway University is one of the 12 institutions under the Sunway Education Group, which includes other institutions such as the Sunway TES Centre for Accountancy Excellence, Monash University Malaysia, the Jeffrey Cheah School of Medicine and Health Sciences, and Sunway International School.

The group as a whole caters to more than 20,000 students, and 30% of these are international students from over 100 countries.

While Prof Wilkinson is a scientist by training, with a doctorate in Atmospheric Physics from Oxford University, his previous senior management roles in UK universities saw him focus his energies on widening university access and providing tertiary education that emphasised employability.

It is no surprise then that Prof Wilkinson’s definition for academic excellence at Sunway University takes into account the need for students to be able to meet employers’ requirements.

One way the institution gathers direct feedback from industry is through “industry advisory boards”, which comprise senior personnel from the relevant sectors.

“These are based in each faculty and meet twice a year to discuss with our academics on industry trends and what companies need,” explains Prof Wilkinson.

“We use that (discussion) to feed into the process of developing our courses.”

He adds that the industry feedback given helps academics design programmes that incorporate soft skills companies look for, such as critical thinking and teamwork.

In terms of the university’s academic content, Prof Wilkinson believes that what sets the university apart is its drive to offer students “something extra, something very high quality”.

“For example, most of our degree programmes are validated by Lancaster University in the United Kingdom (UK).

“What that means is that Lancaster University looks at our curriculum to see if it matches their curriculum; if it does, they will then put their stamp of approval on our programme and also award their degrees to our students,” he says.

He adds that Lancaster University is involved in this review process during the designing of programmes itself.

“It’s a highly ranked institution, being in the top 10 in the UK and in the top 1% of universities globally.”

“So for a university of international standing to say our degrees are equivalent to theirs, we know that we’re offering an education that meets the global standards,” he says.

Sunway University also has a similar partnership with the renowned culinary arts school Le Cordon Bleu for its hospitality courses.

“So when it comes to courses related to the hospitality industry, such as tourism, hotel management and culinary management, they are a world leader.

“Our degrees in the hospitality field are validated by them, so students get a certificate from Le Cordon Bleu as well as our own Sunway diploma or degree,” says Prof Wilkinson.

Aside from collaborating with educational institutions, another way Sunway University benchmarks its programmes is by establishing partnerships with professional bodies.

A recent example of this is the university’s degree in Actuarial Studies, a new programme which started last year.

While preparing students for professional examinations set by North American bodies such as the Society of Actuaries and the Canadian Institute of Actuaries, the programme also allows students some exemptions for papers from such bodies.

“This is another way for us to guarantee an international level of excellence,” adds Prof Wilkinson.

The university further seeks to offer its students real-world exposure through non-academic activities; an example of this is its involvement in Harvard University’s Asia Leadership Trek.

The Asia Leadership Trek is a leadership conference and camp that travels through several Asian cities, and is organised by the Asia Leadership Committee under the auspices of the Center for Public Leadership at the Harvard Kennedy School of Government.

Prof Wilkinson explains that by playing host to the trek’s stint in Malaysia, Sunway University hopes to get its students to think more critically.

“It’s an intensive period where young people from Sunway, and the local neighbourhood, get exposure to global issues through dialogue with these postgraduates from top US institutions.

“I think it’s a fantastic thing, which will really help our students think more internationally,” he says, adding that the next conference is slated for January next year.

Sunway University also has a deeper link to Harvard – the latter received a USD6.2mil (RM21mil) contribution from the Jeffrey Cheah Foundation, which led to the establishment of two Jeffrey Cheah professorships at Harvard.

The Jeffrey Cheah Institute on Southeast Asia (JCI) was also established in Sunway University to help develop research on Southeast Asian issues, and provide a focus for collaboration with Harvard in this field.

Following these developments, Prof Wilkinson says that the two universities have now embarked on a two-way staff exchange.

“It’s good for us because our staff get exposed to how they do things in Harvard, and their staff have come here as well”.

“We’re also starting a similar relationship with Cambridge University, UK, where two of their top medical scientists will be coming here to deliver lectures next year,” he says.

With a student population of over 4,000 students currently, Prof Wilkinson is confident that the university will continue to grow.

“It will be a state-of-the-art campus, with high quality social and sports facilities – we’re even putting in a FIFA-standard football field as well.

“We want to build a really special environment for students, and support all around development. It’s really about giving them a strong grounding to be model citizens,” he says. 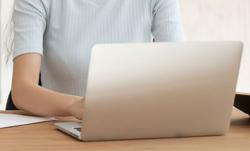