The second part of the series looks at the part STEM has to play in ensuring a better future for all Malaysians.

IN our previous article we talked about the engineering feats of the 20th century, what STEM (Science, Technology, Engineering and Mathematics) stands for and some ways to promote STEM among students. In this article, we will talk about the importance of STEM education for key professions and for the future of the nation.

In 2007, 30% of the total tertiary education-age population in Malaysia was enrolled in tertiary education. In 1999 it was 23%. Malaysia targets that by 2020, this total will increase to 50% and out of that 60% will be in STEM. To meet this target, ground work has to start now.

If our country is to move forward to compete with the rest of the world and to be sustainable in the future, we need more scientists, mathematicians, engineers and technologists to manage our natural resources and to look into renewable resources for future growth and sustainability. More talents and more qualified manpower are required to drive the country.

The United States Department of Commerce in the 2013 article STEM: Good Jobs Now and for the Future (www.esa.doc.gov) stated that “STEM workers drive our nation’s innovation and competitiveness by generating new ideas, new companies and new industries. However, US businesses frequently voice concerns over the supply and availability of STEM workers. Over the past 10 years, growth in STEM jobs was three times as fast as growth in non-STEM jobs.” Perhaps this is an indication of a trend that could eventually affect Malaysia as well.

According to an employment website survey in August 2013 based on a year’s data that among the top 10 highest paid jobs in Malaysia, most tend to be technical or science based. At the executive level, those who specialised in medicine, engineering, finance and information technology (IT) generally earned above-average salaries, while those at managerial levels and higher who received better compensations were in the fields of IT, science and engineering.

It was also reported that, out of the top 10 best paying jobs for fresh graduates, seven of the jobs are STEM related (doctors, engineering/IT, geophysics, aviation, actuarial science, IT software, financial services).

Perhaps, with this knowledge in mind, students in schools could be informed to pursue STEM subjects and venture into tertiary education in STEM-related fields of study. Most students in secondary schools have little idea of what to pursue at tertiary level and little knowledge of what career path to take. Perhaps with the knowledge of possible successful careers and pathways in STEM, students could make informed decisions on what subjects to take and that would lead them to more visible outcomes.

Most students have the view that mathematics and science subjects are more technical and difficult subjects to learn and score in exams. Hence, they shy away from choosing the Science stream and this may prevent them from choosing a career in STEM-related fields.

However, if learning is made more practical, fun, methodical and interesting with key fundamental concepts of STEM introduced even from primary school and slowly built up to secondary school, more students would enjoy learning STEM subjects and perhaps perform better in them in lower secondary. This would make the transition into the Science stream easier at Form Four. The grooming of a potential pool of talent has to start from school right up to tertiary level. It might be too late trying to encourage more students into STEM-related studies at tertiary level and by then there might also be too few in the pool to select the best talents from.

STEM education should perhaps be elevated as a national priority, considering the implications for the future. With this in mind, the ASEAN Academy of Engineering and Technology (AAET), Universiti Tunku Abdul Rahman (Utar), the Malaysian Industry Group for High Technology (MIGHT), the Institution of Engineers Malaysia (IEM), and the National Science Centre (NSC) came together to organise the Kuala Lumpur Engineering Science Fair 2014 (KLESF).

The inaugural fair was held in April 2014 and the event, which will be held annually, aims to promote STEM and serve as a decisive step to arrest the declining interest among school students in STEM. KLESF brought together a community of stakeholders, research and education communities, professionals and industry partners to support the Government’s Science to Action (S2A) programme to promote science and technology as the key drivers of innovation, research, development and enterprise for the nation.

In tandem with KLESF is the Utar School Mentorship Programme, in which Utar academics work with school teachers in selected needy schools, sponsoring equipment and working with students on hands-on science-based projects, which were showcased during KLESF. The students, in this mentorship programme, learnt to make mini robots and conducted scientific experiments, highlighting the fun aspects of learning Science.

The waves of technological revolutions that happened from the 18th to the 20th century resulted in super highways, integrated multimedia networks, speedy transportation, automation and super crops with bountiful harvests. If we think of the next century and the future to come, a lot needs to be done now.

We now have about seven billion people on earth. The global population could reach nine billion by the year 2050. In 2010, 3.5 billion (50.5%) lived in cities and more are moving into cities each day. This means fewer and fewer people work in farms, growing food that we need, and more infrastructure is needed in the cities to support the growing population. Healthier food, clean water, well-planned housing and clean air are required for better-quality life in the cities.

The level of urbanisation is rising throughout the world resulting in more pollution, depletion of natural resources, global warming and the increasing need to source clean water. Problems are getting more complex and the challenges are greater. The world needs a great pool of talented people especially scientists, architects, engineers and more STEM-based qualified professionals to help with new inventions, seek solutions, soothe this expanding world and solve current and impending environmental problems. Most of all, these talents need to look into renewable energies for the future as our natural resources are being depleted and wasted.

Therefore, it is imperative to keep our youths and students in schools interested in STEM; for our teachers to find more interesting ways of teaching STEM subjects; our parents to encourage their children to discover the wonders of science and for our government to look into policies that promote STEM education and develop a curriculum that will encompass the nation’s future needs.

n The writer, an AAET Fellow, is the vice-president of Research and Development and Commercialisation, Universiti Tunku Abdul Rahman (Utar). 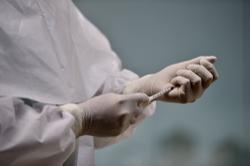 Covid-19: Too early to tell how many teenagers would refuse being vaccinated, says Education Ministry
Covid-19: Education Ministry to provide self-test kits for boarding schools nationwide
Options for teens to get jabs
Students happy, relieved to be vaccinated
DG targets 80% of kids jabbed by next March
‘Teen vaxxing needed to hit herd immunity’
Students at military camp schools to be jabbed too
New circular on teacher transfers out soon, says Radzi
Over 300 students at Putrajaya school among first teens to get vaccine jabs, says Radzi
Applicants who failed to get a place in public universities may send in appeal