Game on for gamers

TARGETED to create awareness and to showcase opportunities available in the gaming industry, KDU University College School of Computing and Creative Media was at the forefront once again in organising the Tabletop 2014 competition under the MyGameDev2020 initiative.

This annual competition aims to enrich and increase the awareness level of the game development industry in Malaysia among students, while helping them understand the industry growth and high demand of future gamers.

Now in its second consecutive year, the competition attracted secondary students from nine schools around the Klang Valley to battle against each other in an effort to develop the most interesting and exciting tabletop game within a given time frame.

Students were given a whole stack of knick-knacks which were used to create either playing pieces, board or card games according to the theme ‘Environment’. 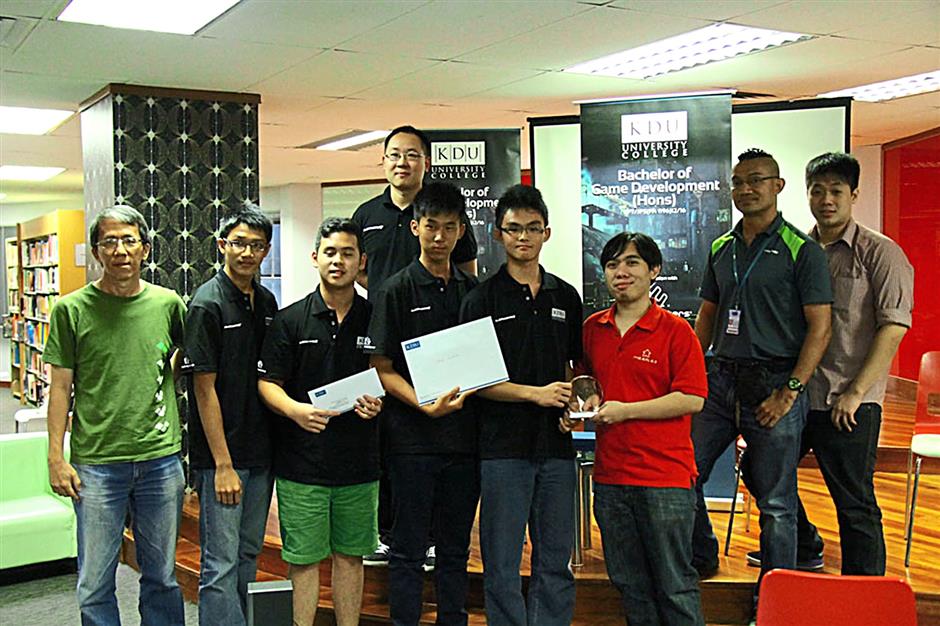 A little spark was added into the competition with the introduction of “randomisers” where teams were given additional random words such as Kaiju, K-Pop and Magic to combine and integrate with their game theme.

SMK Seafield showcased true grit and creativity when both their teams, Team Arbitrary and Team V3locity won the first and second place respectively.

V3locity’s unique and fun idea had two teams — one supposedly an organisation drilling for resources, essentially strip mining the planet, while the other was nature, fighting back to the fullest.

The competition showed off the creativity of Malaysian secondary school students.

In Gamedev Bootcamp 2014 , the event’s workshop segment, there were 30 students interested in learning the fundamentals of game development.

The workshop, held for the third time, exposed students to digital sculpting, pixel art and creation of a game through their own creativity. 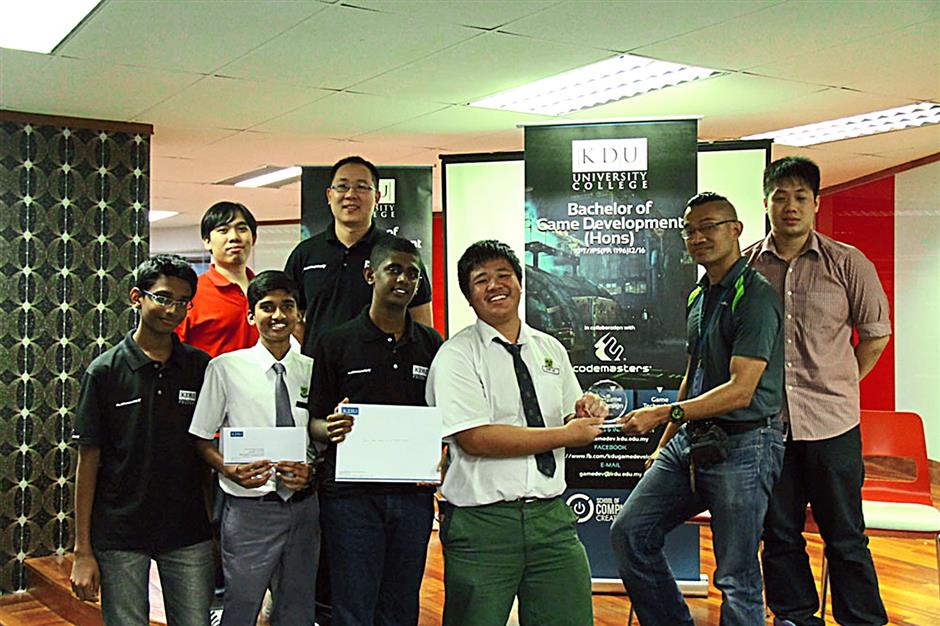 Running simultaneously with both events, KDU University College also hosted The Microsoft “Asia-Pacific Week of Code” in partnership with Code.org.

The main objective of this event is to encourage people across Asia Pacific to take up the challenge of programming one hour of code.

The Hour of Code movement in the United States resulted in more than 25 million students writing over 1 billion lines of codes.

Microsoft Malaysia supports Code.org by bringing the same opportunity to secondary school students in Malaysia through this event and also to create interest in coding which is essential for games development as well as development of computer systems for vital economic sectors.

The Hour of Code campaign looks to demystifying computer science for students across the country by taking them through introductory tutorials that can be completed online, on a smartphone or even when unplugged.