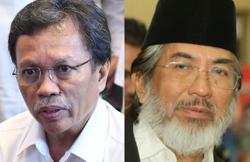 ASK undergraduates about movies, football or fashion and they would be able to talk at length about these pet subjects. But ask them about current issues – namely the country's upcoming 11th general election – and you are more likely than not to get blank looks or sheer disinterest.

A survey conducted by Star Education to gauge the level of political awareness among undergraduates – both at public universities as well as private colleges – found at least 80% of the 100 undergraduates polled to be indifferent to the elections and politics in general (see story on next page).

Their lack of enthusiasm about national and international politics is not surprising, considering most of them, particularly those in private colleges, admit to being uninterested even in elections on campus to select student council representatives who will fight for the rights of students.

In fact, a few of the student council members interviewed said they were not all that interested in the student politics of campus and that politics was the last thing on their mind.

For them, the council represented a platform to meet people, expand their skills or organise campus events.

“It is about developing leadership and organisational skills, and holding a position of responsibility,” explains Tracy Too, 16, a matriculation student.

This apathy is in stark contrast to undergraduates' frame of mind during the last general elections, where they were seen and heard at political rallies and demonstrations, often calling for reformasi.

In fact, the loss of the Kajang state assembly seat in the last general elections was attributed to the support of undergraduates and lecturers from Universiti Kebangsaan Malaysia (UKM) for the opposition.

The scene has, however, changed quite dramatically with the main opposition being PAS.

Perhaps the observation made by Deputy Prime Minister Datuk Seri Najib Tun Razak last week that the younger generation has shifted their political leanings from the opposition to Barisan Nasional is accurate.

Said Najib, “I can see that the trend today is very different from that of 1999 when there was a lot of anti-government and anti-establishment feelings on university campuses.

“Thanks to the hard work of the leaders, the atmosphere today is a lot more conducive as students are more accepting of the Barisan Nasional.”

The apparent apathy in campuses, says Malaysian Young Graduates Society chairman Quek Ngee Meng, is not because undergraduates do not care about politics.

They are waiting to see if Prime Minister Datuk Seri Abdullah Ahmad Badawi can fulfil all he has pledged to do so far.

“The last election was an emotional one because of the (former Deputy Prime Minister Datuk Seri) Anwar (Ibrahim) issue. Every one was upset and undergraduates felt they had to voice their dissent. But now with Pak Lah's policies against corruption and abuse of power – subjects that are close to their hearts – they are waiting to see if he can walk his talk,” says Quek.

Universiti Malaya student Jit agrees, adding that it was too soon to make a decision about the present administration.

“So far, the PM seems to be doing a good job. He has acted on issues that are important to all Malaysians such as weeding out corruption at all levels, even at top levels of government and industry.

“However, it is too soon to say anything. It may be an election gimmick or he could be truly sincere. We have to wait and see.”

Quek added that although students may not know “the nitty gritty” about the elections such as how the electoral process works, etc, they are politically aware on a more personal level.

“They may not know about hard core politics but they are very passionate about issues that affect their lives. For example, if you ask them about how an Islamic state would affect them, etc, they will be really vocal,'' he said.

If the national service programme is aimed at instilling the spirit of patriotism and emphasising unity and national integration among youth, a similar programme is perhaps needed to create awareness about political issues.

Whether in the form of a compulsory subject or projects carried out at school or university, students of today need some form of political exposure.

“Young Malaysians should be taught to identify issues around them and develop alternative solutions with the assistance of the authorities and policy-makers,” he was quoted as saying in the article.

Prof Syed Ahmad went on to suggest that perhaps some form of political studies should be incorporated into the school syllabus or that young Malaysians should be exposed to the study of politics right from the primary level.

While agreeing that there is a need to increase political awareness among the younger generation, Quek feels it unnecessary to introduce a separate subject at school or university.

Instead, Quek suggests incorporating politics into students' co-curricular activities at school or university.

“I think students already learn a little about Government and politics in Moral Education. This covers the basic concepts students need to know and there is no need to introduce a compulsory subject.

“However, it is important that our youth know about politics and the government. After all, our lives are linked with politics in one way or other.

“I think we should introduce activities like holding a mock parliament session or electoral process which students can actually be involved in,” he said.

Undergraduate Malini Ratnam feels political awarness should only be introduced at university level when students are more ready.

“I do not think students are mature enough at school ... even at secondary school,” she said.

For some students, introducing politics into academic environment would be a good way for them to participate in and familiarise themselves with the country's political system.

Undergraduate Soffian Abdul Manaf, 20, who is a student council president with a strong interest in politics says: “If you lowered the age for voting for example, more people could get involved in the electoral process.

“At the moment, there is no incentive to find out or get involved.”

Farah adds that it is important that politics is approached in the right way because “most 17 to 20-year-old students are very idealistic about things and feel that everything about the system is wrong.

Their knowledge of the real world is limited and therefore cannot really make informed judgements about things.”

There are, however, several students who feel that bringing politics to the school or campus would not be effective.

Says A-levels student Sabena Malini: “Students are more concerned with things that affect them immediately like their degree, equal opportunities in university and job opportunities.

“Political issues are low priority at the moment, not what students are interested in.''

If students are not interested in the general election, there is little hope for campus elections.

“Students don't know the importance of student councils or of their individual votes. They don't know the procedure and are ignorant about how they can contribute towards society,'' says Sabena.

She adds that many students vote for nominees based on the “packaging” of their campaigns or “the face and look of the person”.

“There are candidates whose policies aren't that great ? and you don't really see around that much, but they get voted in because their posters or campaigning methods are attractive,” says Sabena.