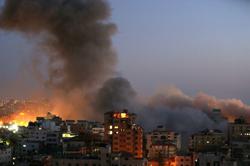 A rendering of the overall Tropicana Gardens development.

Tropicana Corp Bhd will be launching a third residential tower, called Cyperus, in its Tropicana Gardens development this weekend.

Cyperus follows the successful launches of the first two residential towers, Arnica and Bayberry. Note that Arnica is sold out while Bayberry is almost fully taken up.

Tropicana Gardens is a 17acre integrated development with a gross development value of close to RM3bil. The project will comprise of four residential towers, a shopping mall, a hotel and an office tower.

Tropicana executive director of marketing and sales Pam Loh said the development has seen a significant number of repeat buyers thanks to its strategic location.

Located along Persiaran Surian, Tropicana Gardens is accessible via the Damansara-Puchong Expressway, Sprint Highway, New Klang Valley Expressway and Penchala Link. Infrastructure upgrades have been proposed for the area including widening of roads and building underpasses to alleviate traffic congestion.

At a sneak preview held for Tropicana Privilege Card members and guests last weekend, more than 50 of the 406 units available for sale at Cyperus were snapped up.

But Loh acknowledged that the take-up rate for Cyperus may not be as robust as previous phases due to the softening property market.

“There is generally a slowdown in the property market. But what will differentiate a developer is the product offering.

“And we have the advantage of location and track record. I believe people will come because of the MRT and this will be a target area for its convenience,” she said.

As part of the launch event this weekend, two speakers will give their opinions on how the upcoming infrastructure will affect developments in the Kota Damansara area.

Loh also noted that the other components of Tropicana Gardens will complement the residential towers.

“It is very much a live, work, play environment,” she added.

The shopping mall, which is expected to have 1mil sq ft of nett lettable area, recently won the 5-Star Best Retail Development Malaysia (2014-2015) category in the Asia Pacific Property Awards. 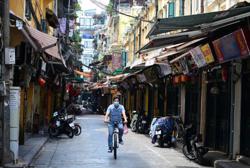 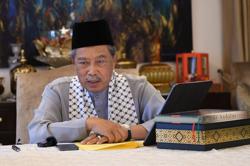