Digital billboards have become a common sight in the Klang Valley and can be spotted in Bangsar, Jalan Bukit Bintang, Jalan Kelang Lama, Jalan Universiti and the Federal Highway.

However, there have been complaints that the bright lights emitted by these billboards, their inappropriate placement and unsuitable locations pose a safety hazard. Some play movie trailers, making them even more distracting to motorists.

Long-time Bukit Bandaraya resident Datuk Mumtaz Ali said she disagreed with the placement of digital billboards on busy roads as they could be very distracting, especially at night.

“The digital billboards are all over Bangsar and a resident recently met with an accident after mistaking the billboard for traffic lights while crossing the road,” he said. 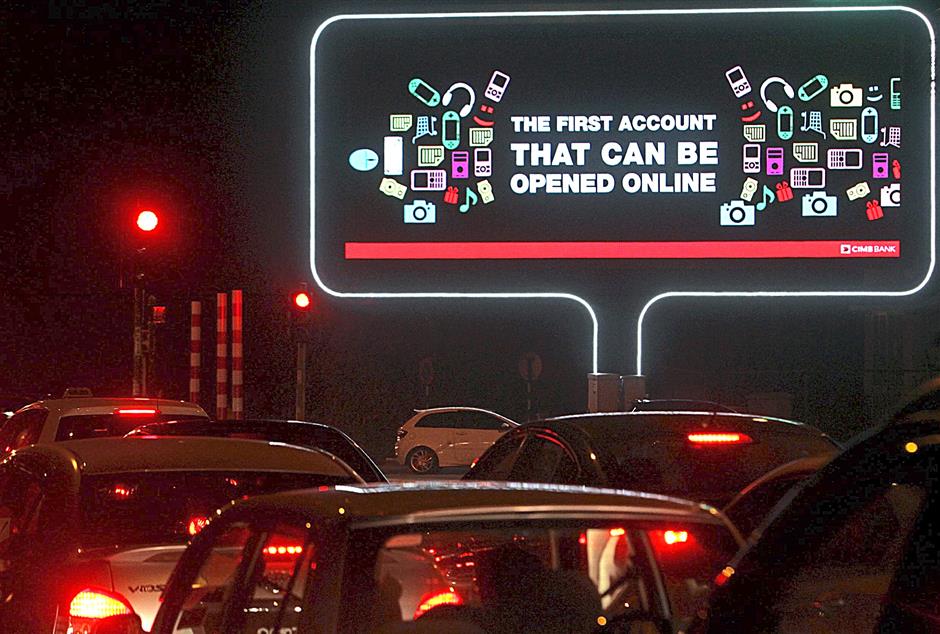 Mumtaz Ali claimed that an elderly person from Bangsar met with an accident recently after mistaking the lights emitted by the digital billboards as the traffic lights.

He added the Road Safety Department and Public Works Department (JKR) should review such forms of advertising.

Mumtaz said he raised his concerns about three years ago with Kuala Lumpur City Hall (DBKL) when such billboards were first introduced.

A spokesman from Bangsar Shopping Centre said the digital billboard did not belong to the mall.

“We were not consulted before they were placed there.

“Bangsar is a residential neighbourhood and it would be more appropriate for such large billboards to be put up in commercial areas,” said the spokesman.

Collin Walter from Jalan Puchong, Kuala Lumpur wrote to StarMetro complaining that the digital billboards were a distraction to motorists. LED advertising is a distraction for motorists.

Walter said the panel digital billboards attached to lamp-posts on the Federal Highway were a safety hazard.

He said the digital billboard at the junction of Jalan Kelang Lama and Jalan Puchong were also inappropriately placed.

“I am really shocked they were approved because it disregards driver safety and overall road safety.

“The display panels are bright and will certainly capture drivers’ attention. Motorists’ attention should be on the road and the traffic.

“If the authorities are issuing summonses for the usage of mobile phones while driving; isn’t the digital billboard also a distraction?,” he asked.

Petaling Jaya Section 5 Residents Association president Rafiq Fazaldin said there was no need for such billboards to be located on main roads. 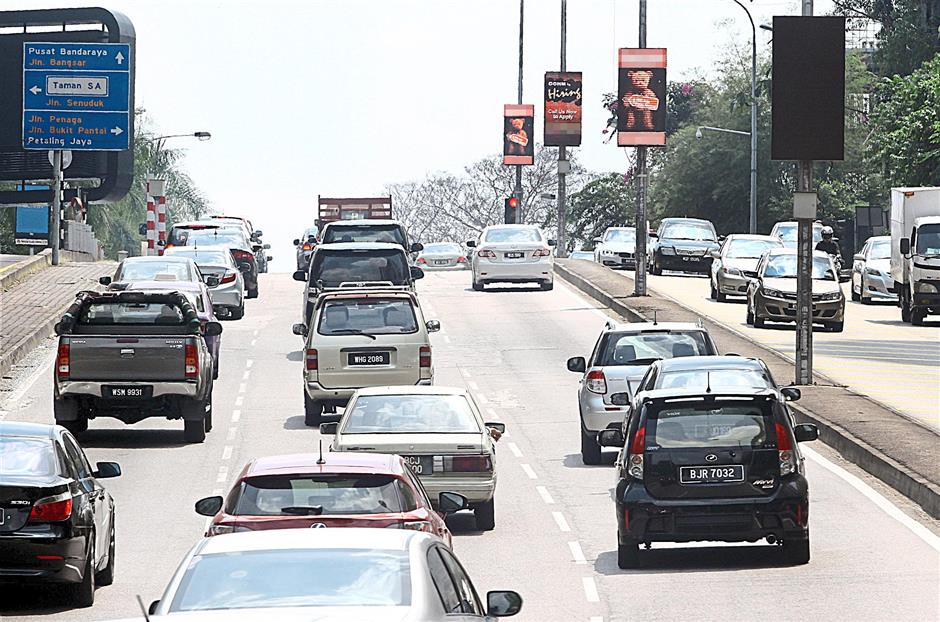 “In Petaling Jaya, there are already two-dimensional billboards along the Federal Highway. I think even they are a form of distraction to motorists, why make it worse?,” he asked.

Yong. L.C. said the digital billboards were designed to grab viewers’ attention by flashing brightly with engaging visuals, which can interfere with drivers’ focus.

‘‘The danger posed is worse at night as they look brighter.

“It is usually less congested at night and drivers have a tendency to speed,” he said.

Big Tree Outdoor Sdn Bhd CEO Jeff Cheah said the company only owned two outdoor digital billboards and both were licensed. One of them is located outside BSC.

“In my opinion, digital billboards do not pose any danger to road users if correctly installed.

“Only areas with static or low- speed traffic are suitable for digital boards with moving images, such as road junctions.

“Our screens are equipped with the latest technology so that the brightness is automatically adjusted according to the time of day,” he said, adding this was to ensure the lights were not too glaring at night.

He said digital billboards along highways and busy roads should not be placed one after another.

“There should be no moving images, to minimise distraction to motorists,” he added, noting that digital billboards were common in developed countries.

“We obtained approval from JKR and the local authorities first. After installation, the authorities carried out a full inspection to ensure the safety of motorists,” he said.

“They reduce the use of vinyl bunting. The consumption of electricity is 80% lower for LED panels,” he said.

He said the company avoided the use of distracting elements as far as possible.

“So far there have been no reports of untoward incidents caused by the LED panels,” he said.

Segambut MP Lim Lip Eng said there were no regulations for digital billboards.

“I urge City Hall to come up with guidelines on where such billboards can be placed and take into account public concerns.”

Road Safety Council member Tan Sri Lee Lam Thye said anything that caused a distraction on the road was a no-no.

“Advertising agencies should ensure these digital billboards do not distract motorists,” he said.

“Each advertisement runs for about 30 seconds before it changes.

“However, City Hall will take note of the issues raised by the public, especially the brightness of such panels,” he said.

A Petaling Jaya City Council (MBPJ) spokesman said it had not given any approval for the use of digital billboards.