Tougher penalties await those who misuse halal logo and certification

KUCHING: The state government will tighten its halal certification enforcement next year.

New measures include tougher penalties on the misuse of the word “halal” and its government-sanctioned logo on products and at business premises.

“For years, all we have done is asking businesses that misuse our logo to take it down. Now, we are telling them that next year, we’ll enforce new penalties under laws passed in recent years,” said Assistant Minister in the Chief Minister’s Office Datuk Daud Abdul Rahman, who is in charge of Islamic affairs.

“We have not implemented (the enforcement) fully because it was part of the planning process. It’s been a few years now, so let’s enforce the rules.

“We are seeing premises where owners hang up extracts from the Quran that say: ‘We are Muslims and therefore halal’.

“No, this is misleading. If you don’t have the certificate, don’t insist that you are halal,” he told reporters after opening “Halal Symposium: Harmonising Society Through Business Strategy” here yesterday.

Penalties for those found guilty of not adhering to the regulations include a maximum fine of RM1mil or six months of imprisonment.

Daud said the laws to prevent the imitation of “halal looks” would help the industry to grow internationally, adding that as Malaysia’s halal certification was recognised globally, the standards needed to be upheld.

He said the international halal food industry reached RM1.8 trillion and was projected to grow by another 20% by 2015. More than half of global halal food producers are operated by non-Islamic organisations.

“There are so many opportunities for all, Muslims and non-Muslims alike, to participate in the global halal food industry. That is all the more reasons why we must make sure that our halal certification continues to be trusted. If we ourselves don’t take it seriously, then our reputation will suffer.”

This year, Daud added, six halal certificates had been revoked.

“These premises were found to have equipment that had been contaminated with non-halal food. Nonetheless, we won’t say that they are banned (from using the halal logo) forever. I fully encourage them to reapply (for halal certification).”

On complaints that claimed the application for halal certificates by restaurants was slow, Daud clarified that if all requirements had been properly fulfilled, approval should not take more than three months. 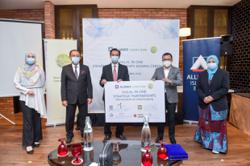 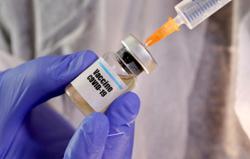