This is because of the human palm-sized titanium plate on his head.

“The security guards are always baffled when the metal detector keeps beeping. That is when I show them my titanium skull instead of just explaining,” said Badrul, 33.

Fondly known as Bad (Bah-d) to his friends, Badrul is constantly reminded of the horrible accident every time he looks in the mirror and sees his caved-in left skull.

“I am lucky to be alive and every day I persevere to become stronger,” he said.

Badrul was a victim of a hit-and-run accident in May, 2009. The incident left him in a coma for two weeks.

“I was riding my scooter to meet a client near KL Sentral when a driver hit me from behind. I was thrown to the ground and when I regained consciousness, I was in a hospital hooked to a life support machine,” he said.

The driver of the car has yet to be found. Growing collection: The accident survivor and his coveted Mr Malaysia champion trophy as well as other bodybuilding medals at his home in Kuala Lumpur.

The top left side of Badrul’s skull was shattered because of the impact and doctors gave him a 50-50 chance of surviving.

“Luckily, the accident did not result in any brain injury. When I woke up after two weeks, I could still remember my family members (including his then girlfriend, who is now his wife) and friends.”

“My doctor called me a ‘miracle patient’. He just could not believe I survived that horrible accident. I was told I could have been paralysed,” he said.

A team of three neurologists attached the titanium plate in Badrul’s skull during a six-hour surgery.

The post-operation period left Badrul in excruciating pain but he was determined to return to bodybuilding within six months. Routine: Badrul Shah going through intense training at the gym before a competition.

He worked as a bank auditor for six years before taking up bodybuilding.

“Why did I do it? Well, a friend of mine who is really muscular could easily get the attention of girls. So I felt I needed to get myself ripped too,” he joked.

After the surgery, he let his hair grow to cover the side of his head where the metal plate is. He also often wears a cap.

“Sometimes, when people stare at me, I feel self-conscious.

“However, when those curious ask me details, I tell them about the accident.

“It is a good conversation starter,” he said.

Badrul, from Setapak, is a doting father to seven-month-old Mikhail Rayyan. 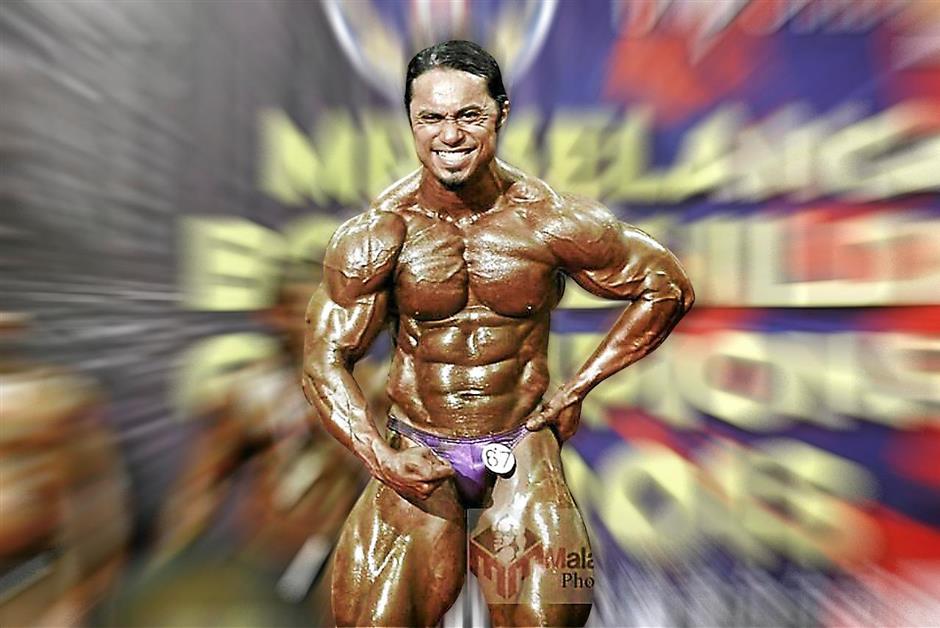 Among Badrul’s post-accident accolades include Mr Malaysia 2013 champion (Light Middleweight category), Best Poser in Man’O’Klasik 2013 and defending champion for Selangor State Champion of the Champions 2011, 2012 and 2013.

After he won his champion medal for Mr Gym Rakyat (middleweight) in 2007, Badrul’s senior bodybuilder friends were shocked.

“I became known as “Freak Legs” because of my thighs,” he laughed.

He represented Selangor in 2008 at the Mr Malaysia competition and at the Open Bodybuilding competition in Brunei in 2009, where he was placed second.

It is not an easy task maintaining his physique.

He consumes 2,000 calories and eight meals per day.

“I call it dungeon training. Even at my wedding, my menu was customised. There is no room to indulge in oily, high-carb and sugary food,” he stressed, adding that his high-protein diet also applied during Hari Raya.

His wife Fatin Hazira Hussin said she admired her husband’s strength and determination.

“He is more motivated now than even before the accident and he never looks back,” she said.