If not for Joo Ngan’s guidance, Sea Keong would not have taken up cycling as a sport. Although the 27-year-old youngster has gained fame after winning in the Jelajah Malaysia, he still seeks Joo Ngan’s assistance.

“Joo Ngan is a cycling legend. I had the privilege to train with him. I learnt a lot about cycling as a sport from him. I still meet him for advice and guidance,’’ said Sea Keong.

The jovial Sea Keong hails from Kuala Krai, Kelantan and started taking up cycling when he was 13. His father, a bussinessman, was impressed with Sea Keong’s interest in cycling.

During a family visit to Kuala Lumpur, Sea Keong’s father met Joo Ngan. “My father requested Joo Ngan to help me. I was also prepared to train under Joo Ngan as I wanted to be a national cyclist,’’ said Sea Keong.

And when Sea Keong was 16, he made Kuala Lumpur his training base. Under the guidance of Joo Ngan, Sea Keong made steady progress and took part in the Malaysia Games and other local competitions. From 2006 to 2011, Sea Keong was a member of Chinese team Marco Polo based in Europe. 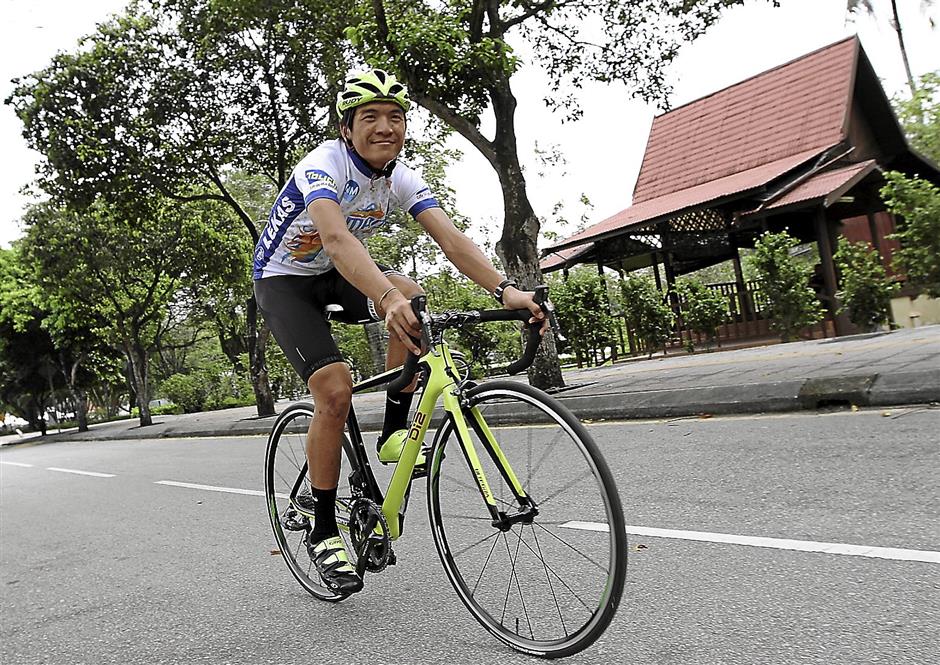 On the road: Sea Keong training for the international events.

His major triumphs were in Thailand (2008) and the Philippines (2011). This year before his victory in Jelajah Malaysia, Sea Keong was winner in Stage Two Tour of Thailand and Stage Four Tour of Singkarak.

Sea Keong, who represented Malaysia in the recent World championships in Italy, said he would like to see more Malaysians taking up cycling not only as an healthy activity but also as a sport.

And as the ambassador for the inaugural Shimano Highway Challenge, to be held at the Lekas Highway on Nov 24, Sea Keong will get the chance to provide professional opinion to the organisers.

“My role is to inspire the participants in the juniors. I will be able to give input on professional cycling. I want to see more youngsters taking part in the junior category,’’ said Sea Keong.

He said he would be taking part in competitions in Melbourne and also hoped to be selected for the SEA Games in Myanmar later this year.

The 73km Shimano Highway Challenge, organised by Hivelocity Events and sanctioned by the Malaysia National Cycling Federation (MNCF), has five categories — VIP, Elite, Corporate, Open and Junior — and is limited to 1,500 cyclists.

Shimano is the main sponsor while the others are Lekas Highway and Touch ‘n Go.

“The junior category is for both boys and girls in the 16 to 21 age group. We also want to encourage more youngsters to be active in cycling,’’ said Lim.

Sea Keong said he would be taking part in competitions in Melbourne and also hoped to be selected for the SEA Games in Myanmar later this year.

Visit www.highwaychallenge.com for details on the Shimano Highway Challenge.