The project is expected to take 10 years to complete and aims to be the country’s first integrated Green development targeting both the Malaysian Green Building Index (GBI) and US-based Leadership in Energy and Environmental Design (LEED) certifications.

Connectivity wise, the group is investing over RM150mil to link KL Eco City to all major highways. There will also be a pedestrian link bridge across Sungai Klang to connect the development to Mid Valley City.

Liew also shared that a new KTM Komuter station would be built and integrated with the existing Abdullah Hukum LRT station. The developer has also made provisions for an underground station for the proposed MRT line. “This will make KL Eco City a unique 3-in-1 public rail transport hub and the first of its kind in the city,” Liew added.

He said the group’s hard work and perseverance over more than a decade to secure this prime redevelopment site had truly paid off.

Phase 1 of the project comprising strata and boutique offices has been tremendously well received with most units taken-up even before its official launch.

Liew expressed his sincere appreciation to both KL Eco City’s customers for their faith in the project and also to the banks for extending the syndicated financing by saying: “We are thankful for your confidence in the group and look forward to your continued support.”

Raja Nong Chik said KL Eco City was a great milestone for both SP Setia and DBKL as it was a strategic and synergistic public-private sector partnership to realise the government’s mission to transform Kuala Lumpur into a great modern city, as stipulated in the Greater Kuala Lumpur/Klang Valley roadmap. 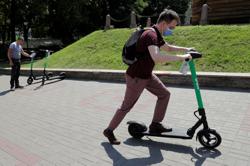