STUDENTS should be instilled with values of the law and crime prevention in school to make them better citizens of the country.

The school’s KPJ adviser Shangar Singodayan, who is also the Secretary of the Malaysia Crime Prevention Society, has helped it to become among the most active KPJ in Malaysia.

According to Shangar, among their many achievements are organising Zero Crime Week at school level for the first time in 2001 in association with the cooperation of several agencies like the PDRM and Prison Department.

The club was selected to attend “Kolokium Pemimpin Kelab Pencegahan Jenayah” at the national level held in Terengganu (2007), in Kedah (2008) and in Pahang (2009).

The KPJ succeeded in launching the Rakan Cop programme at Seremban district level in 2009 by Datuk Osman Salleh, Chief Police of Negeri Sembilan and at the state level by the Menteri Besar of Negri Sembilan.

They launched their own KPJ webpage www.kpj.smkkgv.edu.my in March 2009.

The KPJ became reference and level indicator to other schools and were visited by the Kedah Education Department and SMK Percint 8 Putrajaya.

The club was selected as part of the committee of “Yayasan Pencegahan Jenayah Negeri Sembilan in 2009”.

They were involved in the anti-bully campaign and Discipline Phenomenon with Media in 2006 at the national level, involved in the launching of ‘Zero Crime Month’ at state level with MCPF in year 2008 and 2009. 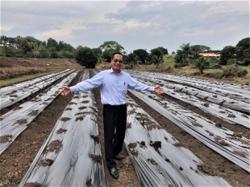 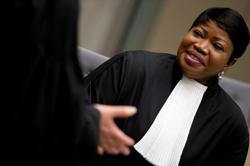