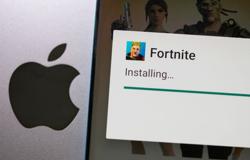 Apple calls on its customers to update their iPhones and tablets, as hackers found an exploit to access users' data. — Reuters

It’s that time again: Hackers have apparently been exploiting another vulnerability in iPhone and iPad software and Apple is calling for all iOS users to update to the latest version as soon as possible.

A critical security vulnerability in the iOS browser engine WebKit was allowing attackers to use manipulated web content to access the user’s data.

According to Apple, the gap is already being actively exploited by hackers, which is why the company is calling for users to update to iOS or iPadOS version 14.4.2 if their device hasn’t done so automatically.

If you’re still running iOS 13, then you have even more reasons to update quickly. In addition to newer software features, version 14 also patched another recent iOS security flaw – also with the WebKit.

The major update to iOS 14 brought significant new features including widgets and the ability to double tap on the back of your phone to go back. However these latest minor updates are predominantly about security.

In the next significant update to iOS and iPadOS 14.5, Apple is expected to add the option to unlock your iPad or iPhone with a connected Apple Watch - a welcome feature at a time when wearing a face mask makes the Face Unlock less practical.

Another new feature will be more transparency for apps. Developers will not only have to disclose what data they collect in the future, but will also have to ask your permission for advertising tracking.

Those who have not activated the automatic updates will find the update option in the settings under General/Software Update. – dpa

Four ways to quickly reduce battery drain on your iPhone