A survey by MPAJ finds that residents tend to be lax in following the SOP for the MCO, especially when they are in their housing area. — Filepic

HERE we are, right smack in the middle of the third wave of the Covid-19 pandemic. I do not know about you, but I am tired.

Tired of not being able to hug family and friends, tired of my movements being restricted and tired of having to strictly observe all the precautions.

My mind knows these restrictions are here for good reasons and that we still need to follow them but unfortunately, the heart is pulling a bit of a tantrum much like a two-year-old who insists they don’t need a nap (but they really do).

Maybe it is only me, but caution fatigue has set in and it has not been easy trying to pull myself out of it.

After a long seven months, I was finally able to visit my parents in Seremban when we were suddenly hit by the news that the government would implement the conditional movement control order (MCO) in Selangor, Kuala Lumpur and Putrajaya starting Oct 14.

On the day of the announcement, I woke up from a wonderful afternoon nap to an avalanche of messages on my phone with friends and colleagues worried about what the restrictions would involve.

All our family plans were immediately shelved and I had to pack and leave to avoid getting stuck at the state border on my journey back to Selangor.

Luckily, getting back did not prove too much of a problem. But it was an abrupt and emotional exit as I did not know how soon it would be before I could see my parents again.

But even this emotion was quickly overshadowed by other concerns like whether I needed to stock up the fridge and if we would be able to travel within the state for work.

Once new information started trickling in that these restrictions would not be as severe as during the first phase of MCO in March and April, we were able to breathe a little easier.

This roller-coaster of emotions, replayed over the past several months, has not been easy to process.

I cannot imagine what those who have been “trapped” across the borders are going through and I certainly empathise with them.

Whether it is due to isolation, loss of freedom or a combination of factors, it is causing emotional stress and lethargy.

The endlessness of the situation has created a kind of apathy now, compared to when we were going through the initial phase of the MCO.

Despite the increasing threat, we are getting lax in how we adhere to health guidelines when we should be more careful.

Even within my own apartment complex, I have observed residents not wearing mask just to pop into sundry shops or while waiting for take-away food.

During a recent work assignment to some flats in Ampang, we observed quite a number of residents chatting with neighbours without wearing their mask.

An officer from Ampang Jaya Municipal Council (MPAJ) told me that people observed the standard operating procedures less when within their housing areas.

Nationwide, we have seen a spike in attempted suicides, especially among those who lost their jobs during the MCO.

In August, The Star reported that the National Fire and Rescue Department had attended to 88 cases of people threatening to take their own lives between March and July across the country.

Of this, 78 people were rescued, seven injured and there were three fatalities.

Most cases were in urban areas, with Selangor topping the list at 31 cases followed by Kuala Lumpur (13), Sarawak (7) and Johor (6).

It is also important to note that these are only cases handled by the fire department, so the figures may be much higher.

Recently, we heard of a Malaysian man working in Singapore who died after falling from the eighth floor of an apartment building.

The man, in his 30s, was believed to have suffered from work-related depression apart from missing his family after being stranded in Singapore for almost eight months.

Emotional exhaustion is one that we cannot dismiss and we should help each other to recognise the signs.

Some reported symptoms include increased irritability and anxiety, sleep difficulty and increased or decreased appetite.

Once we notice the signs, we can take steps to address them.

Medical professionals recommend finding and adopting new routines which can help one cope with feelings of quarantine fatigue.

Taking breaks using your phone and social media as well as limiting pandemic-related news at the start and end of the day also helps.

Find ways that are suitable for you and with a bit of good luck, we will find a way to weather the coming months. 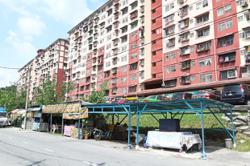 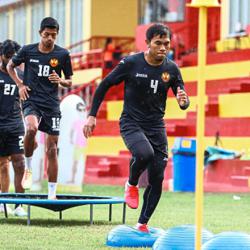