There’s no shortcut to success

AFTER lying low for a while, a young man said to be ‘saviour of the common people’ is now back in the limelight.

He is now into cryptocurrency investments.

According to China Press, the boyish-looking man known as Johnson Lee had organised several interaction sessions in Kuala Lumpur, Penang and Ipoh for those who were interested in the scheme.

And here’s the catch. The latest investment plan is zero risk.

He claimed one could even earn more than the controversial JJPTR which he founded some five years ago.

In case you forgot what JJPTR is, here is the recap for the once darling of investment schemes.

In English, JJPTR stands for JJ Poor to Rich. In Chinese, it is the acronym for Jie Jiu Pu Tong Ren, which can be loosely translated as “saving the common people”.

Back in its heyday, many people in Penang took the plunge for the scheme which offered a monthly 20% payout.

There were offices to attend to your queries, and many were convinced that their investments were safe and sound although nobody seemed to know how the high returns could come to fruition in so little time.

In April 2017, Lee, who was only 28 then, claimed the scheme had collapsed due to a purported hacking job.

The company lost US$400mil. Many Penangites lost their hard-earned money as a result.

Fast forward. In his latest Facebook post, Lee said many people who used to be JJPTR members had come for the interaction session in Kuala Lumpur recently.

In short, Lee is telling us that he is trying to make amends by helping his former JJPTR members to recoup their losses.

He has never wavered from his belief, that is to help the common people on the streets.

Last week, badminton icon Datuk Lee Chong Wei was in the news for the ‘wrong reasons’, and had to clear his name which had been used in a get-rich-quick investment scam.

A news report had claimed that Chong Wei’s secret investment had made many people rich.

After categorically denying the claim, Chong Wei was spot on in his advice to the public – there are no shortcuts to sporting or financial success.

“Money does not just come your way without hard work. It took me years to be where I am now. It just did not happen overnight,” he was quoted as saying.

Yes, that’s a good 20 years of blood, sweat and tears for Chong Wei to reach where he is now.

It seems there is no easy money out there as every ringgit and sen must be painstakingly earned.

If you need a job, just head to the Penang Career Assistance and Talent (CAT) Centre in Komtar.

Get yourself trained for a new job, live simply and within your means.

According to a team of Harvard School of Public Health researchers, those with a higher sense of purpose in life would likely remain healthy and physically strong as they grow older.

Besides acquiring wealth, perhaps we should look at life from a different perspective. 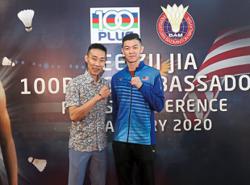 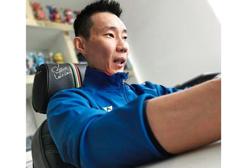 Failing to learn valuable lesson on environment
Better drainage, maintenance culture needed
Nurturing loyal workers
Sprinting to make their mark
Let’s be responsible travellers
More can be done for refugee community
Punctuality a sign of respect
Hoping for a better tomorrow
When crisis affords more family time
Give some thought to feral cats