A celebration of equality

By Stephen Then - North View

There are three more days to go before the Sept 16 Malaysia Day celebrations.

Throughout Sarawak, there has been an awakening of greater awareness of the rights of Sarawakians within Malaysia.

As we approach the Sept 16 Malaysia Day 2018 that marks the 55th birthday of Malaysia, more and more Sarawakians are asking for greater recognition by Putrajaya of the importance of the state at national level.

The state government had even gazetted July 22 a public holiday to commemorate the state gaining independence from British rule in 1963.

Politicians from both sides of the political divide in Sarawak have agreed that July 22 should be declared a public holiday to reflect the significance of the day.

That date in 1963 was when Sarawak became a nation for a brief period of time when it gained freedom from British rule before it joined hands with Sabah, Malaya and Singapore to form Malaysia on Sept 16, 1963.

By declaring July 22 as an annual public holiday, Sarawak gave official historical significance to the July 22, 1963 event. That date should be included in our history books so that future generations will know the true history of the state and country.

July 22, 1963 is the day Sarawak was granted independence from the British rule. August 31, 1957 was the date that Malaya gained independence from the British rule. And September 16, 1963 was the day when Malaya came together with Sarawak, Sabah and Singapore to form Malaysia via the signing of the Malaysia Agreement. Singapore left the federation shortly after.

However, very few people realise or even know about the significance of July 22.

It is good to see that there is a growing voice among Sarawakians for more efforts to be taken to recognise the importance of Sarawak. All these dates taken together show that Sarawak, Sabah and Malaya are equal partners. Sarawakians are actively drumming this message across and there is a united voice among the people of Sarawak, even from among those from the Pakatan Harapan government.

This is a healthy development as it portrays a growing sense of love for Sarawak and also Malaysia. However, it is also clear that there are some quarters in Sarawak who have got carried away by their emotions.

Some people have openly declared that Sarawak is for Sarawakians only. To start labelling our peninsula friends as “Orang Malaya” and calling for them to leave Sarawak is taking things too far.

I know of many peninsular Malaysians working and living in Sarawak who are good people. They came here to work but have since made the state their permanent home. They live in harmony, raising their families with all the happiness. They do not create controversies or problems for the state. Good people like them deserves a place under the Sarawak sun.

Fighting for Sarawak and fighting to protect the rights and welfare of Sarawakians is one thing. But to stir up anti-peninsula feelings is something that should never happen. There is no need to be radical and parochial and create ill feelings against peninsular Malaysians. Doing so will only turn Sarawakians into extremists.

We already have too many of such extremist groups in the peninsula states. It will do Sarawakians little good to end up in the same boat with these extremists. By all means, we Sarawakians must defend our history, our rights as equal partners in Malaysia and our welfare but do not go overboard.

Proceed with wisdom and caution and do not create controversies that can mar the good image of the state and its people.

As for our national leaders in Putrajaya, they must take heed of the growing voice of unhappiness among Sarawakians towards the unbalanced social and economic developments between the peninsula states and Sabah and Sarawak.

The feelings of unhappiness among Sarawakians have been simmering for many years already.

Sarawakians are unhappy that the state is left so far behind in terms of infrastructure when it is a main contributor to the oil and gas revenue for the country. In recent years, frustrations have grown even more by the increasing racial and religious problems that has surfaced in the peninsula.

The cost of living in Sarawak have also surged and caused hardship for the poor and ordinary folk. All these controversies have resulted in Sarawakians feeling increasingly uneasy.

Putrajaya must take note of these grouses among Sarawakians. Sarawakians must also continue to pursue for our rights and interests within Malaysia but proceed with wisdom and caution.

It will be good for Putrajaya to openly acknowledge the equal-partners status of Sarawak and Sabah within Malaysia during the upcoming Sept 16 celebrations. 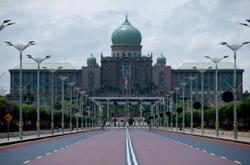