Mega-mall coming up in Klang 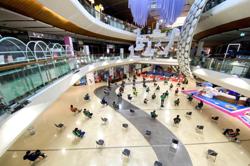 Massive: (Above and below) Artist’s impressions of KSL City Mall 2, which will be part of the Canary Gardens mixed development project. It will sit next to the Sijangkang River and feature a promenade and river-facing shops.

SHOPAHOLICS in the royal town of Klang can look forward to more retail choices soon as the KSL City Mall 2 project is expected to come online in 2017, with construction beginning in the third quarter of this year.

The mall, when completed, is expected to be the largest in Klang, boasting 2.2 million sq ft of development right in the middle of Canary Gardens @ Bandar Bestari, near Bandar Parklands in southeastern Klang.

“We are targeting to complete the mall in about two years, and our patrons will be able to enjoy neighbourhood brands which we are planning to bring to the mall,” said project director Patrick Khoo Keng Ghiap.

According to Khoo, the upcoming shopping complex would be bigger than the existing Aeon Bukit Tinggi mall in Klang. It will feature a cineplex and a hypermarket to cater to residents nearby.

KSL City Mall will be sitting next to the Sijangkang River, also known as Blackwater River. The mall will capitalise on this geographic feature with a promenade with some shops built facing the river.

“In future we might also consider expanding the shopping mall,” Khoo said.

Also in the blueprint is a 400-room hotel which will sit above the shopping mall, while serviced apartments will be built next to the mall. Called the Maple Residences, they comprise three blocks of service apartments that are being sold at between RM550 and RM600 per sq ft.

“This is already opened for public registration but the soft launch will not be so soon, maybe towards September.

“However, those who are interested in the units can register online or come to our sales office,” Kong said.

The apartments come in two sizes — 874 sq ft and 1,250 sq ft. The smaller units are two + one bedroom (two bedrooms and one utility room) type with two bathrooms, while the bigger ones will have three bedrooms and two bathrooms.

The Maple Residences, just a five-minute walk away from the shopping mall, has its own retail section comprising 30 shops at the lower levels.

A 24-hour security system will be put in place. Other amenities offered include a gymnasium, multi-purpose hall, swimming pool and playground.

“We are seeing good response for the service apartments based on the registrations, and we will be giving special discounts to the early birds,” Kong said.

The shopping mall, hotel and apartment make up half of KSL Realty’s 202ha Canary Gardens, a freehold mixed township project that is split right down the middle by the Sijangkang River.

“One half of the development is to be taken up by the commercial city, while the other is occupied by residential houses – bungalows, semi-d’s and linked houses.

“This actually worked out really nicely as the residential side will not be affected by the bustle of the commercial city,” he said.

There will be a French-inspired manicured garden on the residential side that will be opened to the public.

“We already have some homeowners moving into their home and there are quite a number who are also renovating the new home to their liking,” he said. 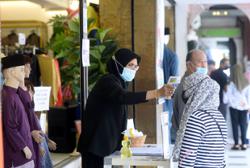 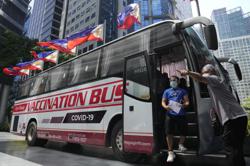