The Tandop group of hotels, founded by Steve Low, was among the first to pioneer budget hotels in shophouses that were decent, cosy and came with good amenities, writes MEK ZHIN.

IF YOU’RE leery of paying for five-star hotels and not keen to stay in cheap, possibly dingy, motels, especially in the smaller towns up north, your choices would be limited. And that’s where the Tandop hotels come in.

According to founder and chief executive officer Steve Low, a native of Alor Setar, when he started Tandop in 1998, travellers often found themselves in a situation where they either had to pay RM50 for a very basic room or up to four times that amount for a nice room.

Low’s aim was to fill that Goldilocks zone of accomodations — neither too cheap nor too expensive, and not posh but clean and cosy, with good amenities.

Their typical guests were business travellers who wanted better amenities than what a motel offered but weren’t willing to break the bank for a night’s stay at a decent hotel.

“We were definitely part of the pioneering batch of such hotels here in Malaysia. It was unheard of, and the market was skeptical about it and many said that it wouldn’t work,” Low recalls.

Critics felt that nobody paying between RM40 to RM50 a night to stay in a motel would pay almost double, between RM70 and RM80, for a better room in the same type of property.

As it turned out, his new hotel met a need in the market that hadn’t previously been met.

“People hadn’t seen such a thing yet here and felt that there wasn’t much more that could be done to a shophouse. We did it, though, and quickly began reaching an average occupancy between 70% and 80%,” he says.

According to Low, he got the idea from seeing how difficult it was for his father to find decent accomodations back when he was young and the family was quite poor.

“I like going places and know that not everyone can travel in luxury but would still prefer to be in comfort. I remember my dad, who was quite poor in the past, having trouble looking for reasonably-priced hotels.

His success in the hotel industry has given Low the nickname “Hotel Gor” among those who know him.

“It inspired me and made me see the need for good budget hotels,” he says.

The support from his family, particularly his father, in the early days of the business was a great encouragement, Low stresses.

“T is usually quite minimal and better suited to business travellers. T+, on the other hand, is more for families and tourists as it comes with larger rooms and better amenities. The only real requirement for a hotel business to flourish is location, otherwise, it is all about tweaking the product to suit,” he says.

Low’s strategy so far has been to target transit towns that are commercially busy or just plain “sexy” places such as Penang.

The island is also home to Time Capsule, which is a capsule hotel.

“The logic behind a capsule hotel also returns to the subject of budget. Well, not only does it meet a budget of less than RM100 but it offers a unique experience with great facilities. It can be as cosy or private as one wants. Many like it for the experience and great atmosphere with opportunities to mingle.

“We also have many family groups stay with us, including the elderly. Everyone so far has had nothing but words of encouragement and praise for us,” he beams.

With its eight boutique and capsule hotels spread across the three northern states of Perlis, Kedah and Penang, the Tandop group of hotels has come a long way since Low’s first crack at the hospitality industry back in 1998.

He was just 18 when he opened his 25-room motel in Alor Setar.

“The motel was very basic. The room doors were locked with a key, lobby hours were limited, and there was no air-conditioning,” he remembers.

The idea in a nutshell then was to bring the hotel concept into the shophouse.

Low says the idea was so new to the local market then that even the authorities had no idea what to make of it.

“They didn’t even have guidelines for it. If there were motels run out of shoplots, then it was probably illegal. But I was quite determined, and after many discussions, which became a steep learning curve for both sides, we eventually launched Tandop Hotel,” he says.

Over two years later, after returning from studying in Australia. Low decided to upgrade the motel into a proper boutique hotel with better amenities including better design, key card access, 24-hour lobby service and better security.

The Time Capsule hotel in Penang which Low started last year is a fun and different kind of lodging.

He also doubled the number of rooms.

That was the first real step in putting his business on a proper footing. Even so, Low had other things on his plate at the time.

And that was alright, he says. Once you’ve set up your hotel and put a system in place, you have the time to pursue other things.

He furthered his studies, reading for a marketing degree. When he came back, Low expanded the Tandop by opening new boutique hotels in Perlis, Changlun, Sungai Petani and (much later) Penang.

At the same time, the busy hotelier also helped out with the family business, which was involved in trading and manufacturing agricultural machinery.

“I also became a certified public accountant during the time,” he reveals.

After a few years, though, Low realised that his interest lay in entrepreneurship, and he began focusing solely on his business.

Low looks set to be busier than ever from this year onwards as he embarks on the next stage of his business.

The first ever Tandop property, the motel-concept establishment in Alor Setar that started it all.

“I’m going into management service. I want to manage other people’s property. They can built up any of my three brands, and I will manage it,” he says, adding that one of them will be a Time brand project in a central part of Kuala Lumpur.

The 36-year-old says that the hotel industry as a business is a stable one with two things going for it: it doesn’t deal in stocks and it has good cash flow.

“It’s quite a sexy business, more so now in these times because of these two reasons. Another plus point is that landlords of shoplots see budget hotel businesses as good, steady tenants,” Low elaborates.

“Businesses come and go, some quicker than others, but a hotel aims to be a long-term one so it can be considered as stable rental. When my family was still renting out shophouses back before I created a motel, I remember it was a challenge to keep tenants, and it was a big hassle and took up a lot of time,” he adds.

Low is confident about growth but he cautions that one should also not overreach.

It also seems like natural progression for him to go into property development as his next step.

“It has definitely caught my eye, particularly commercial, residential and hotel development,” he says.

In fact, he is opening a five-storey hotel this year in Alor Setar.

Low also has his eye on a high-rise project in Johor which, by the time of its completion in 2018, should double the total number of rooms offered by the Tandop group.

Low thinks his greatest strength as an entrepreneur has been his focus and creativity.

“I want to be different and take the path less travelled. I think my travels has given me this desire that I don’t want an ordinary life doing an office job,” he says.

“As long as I can build and grow it, I will do it because it’s an enjoyable journey.

“There is no end goal,” declaress the winner of the SOBA (Star Outstanding Business Award) Young Entrepreneur of the Year 2015. 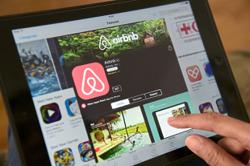 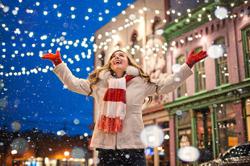 Want to save the environment? Then don't do long-distance holidays