The sundry shop that went upmarket

The Village Grocer chain currently has three outlets, and will add a fourth in Atria at Damasara Jaya at the end of May.

Village Grocer, the premium supermarket chain, has its root in a small, family-run sundry shop in Gombak that started in the 1950s. JOY LEE talks to MD Ong Kim Too, who quit his lucrative engineering job overseas to grow the family business.

Ong Kim Too spent much of his childhood in a sundry shop run by his father and older brother. So it somehow seems fitting that he is running a grocery business today.

Certainly Ong, the founder and managing director of Village Grocer Holdings Sdn Bhd, believes that his upbringing had a lot to do with where he is now. The 63-year-old has fond memories of his time working in his family’s sundry shop in Gombak in the 1950s.

“There were things all over the place. And we had to remember the price of everything in the shop because we didn’t have computers or the barcode system at the time. But looking back, I think growing up in a grocery store must have had a big influence on me. Look where I am now!” he exclaims.

But Ong wasn’t always a grocer. 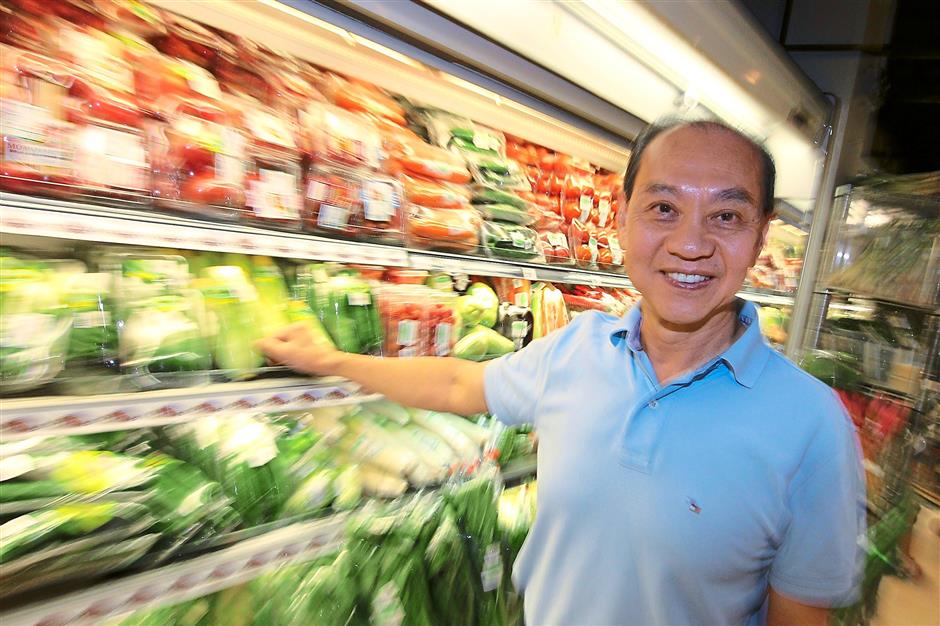 “Growing up in a grocery store must have had a big influence on me. Look where I am now!” exclaims Ong.


He graduated with a degree in civil engineering and went on to have a pretty good career as an engineer in the oil and gas sector. He worked in several multinational companies and spent most of his working years abroad.

After about 20 years as a civil engineer, Ong was persuaded by his younger brother to return from Australia to help expand the family’s grocery business. At the time, the family was eyeing an opportunity to upgrade its small sundry shop to a small supermarket.

Ong saw potential in the retail business because property development was booming in the 1990s, and so he decided to join the family venture.

The year 1997 was not just a turning point for Ong’s family but for him as well. They bought a three-and-a-half-storey shop in Gombak and opened their first supermarket, Pasaraya OTK, and Ong left the lucrative O&G industry for the life of a grocer.

The new supermarket, which required an investment of about RM1mil, was a big leap for the family.

“I came back to head the new supermarket. I’ve been in a grocery environment since young, so it was quite natural for me to come back,” Ong shrugs.

While some things have changed from when he was last at the sundry shop, such as newer technology and systems, Ong took to his new role like a duck to water. After all, as he keeps saying, it’s not all foreign to him. 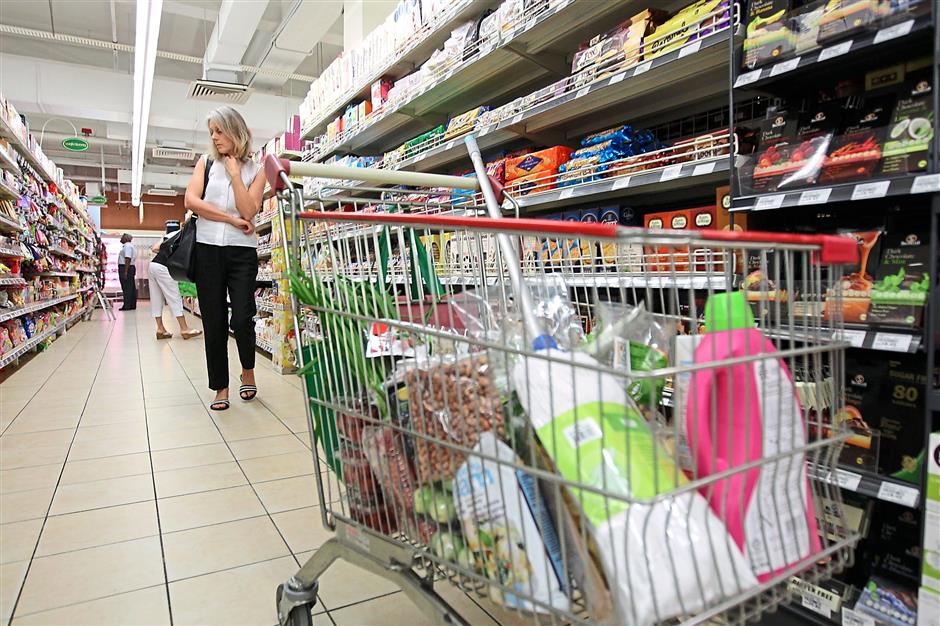 Since expatriates make up an important part of its clientele, especially in Bangsar, Village Grocer imports products from their countries.


The supermarket grew well under Ong, and the family added two new outlets in Sentul and Puchong in 2000 and 2003.

Then in 2004, opportunity knocked on Ong’s door when the owner of Bangsar Village approached him to develop a neighbourhood grocery for the mall, which at the time was undergoing refurbishment works.

But it was not going to be as simple as opening just another Pasaraya OTK, given that the mall was in an upmarket area.

“We can’t compare Bangsar to Gombak. When we came here [to Bangsar], we came with our retail experience and with the aim of serving the community here. But it was a challenge. We are in a different neighbourhood, and we needed to get to know the area and their needs to tailor our offerings appropriately,” Ong recalls.

Ong coined the name Village Grocer, since the new outlet was going to be in Bangsar Village, and moved into the premium grocery segment. 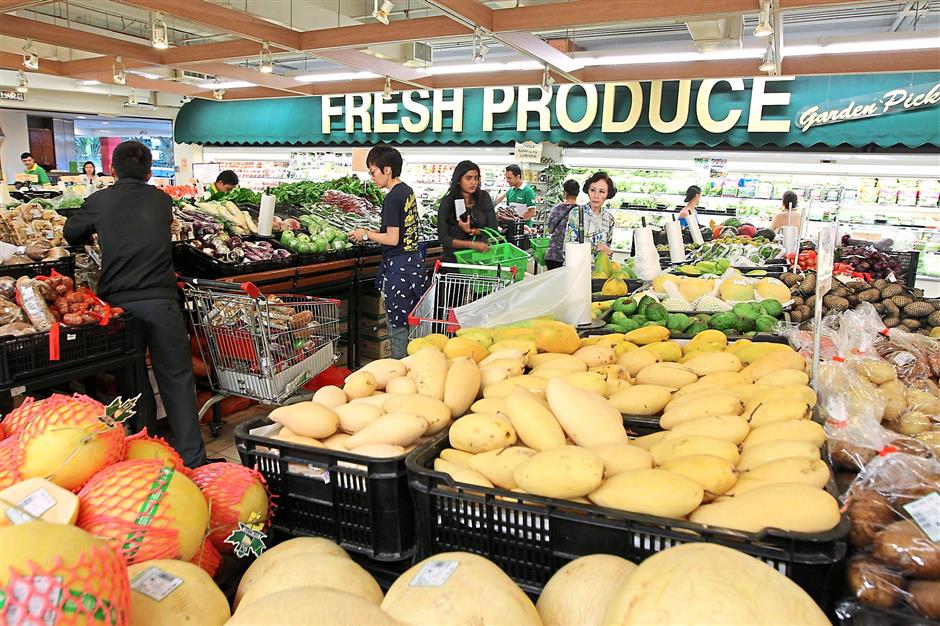 Opening the Village Grocer in Bangsar in 2004 was a challenge for Ong and family because it was an upmarket operation that was not going to be just another Pasaraya OTK.


The first thing he did when operations commenced was to diligently walk the floors of Village Grocer to get to know the patrons, which included the expatriate community, so that he would be able to stock up Village Grocer with products that they want.

“We started importing products from their countries because we found that these expatriates missed these things while they are here. We also offered more diversified products like organic and gluten-free produce,” he says.

Having found the right formula, Ong notes that business has grown at its Bangsar Village outlet. Today, the Village Grocer outlet has an average of 3,500 daily foot traffic on weekdays and an average of 7,000 on weekends.

With the Bangsar operation running smoothly, Ong saw plenty of potential in the Village Grocer brand and expanded its presence. He opened an outlet in Sunway Giza in 2009 and another in 1 Mont Kiara Mall in 2011. Another outlet will open its doors in Atria by the end of the month.

The grocery chain enjoys healthy double-digit growth every year and has a staff of some 700 in its payroll.

Ong says the chain is at a new stage of growth, and he hopes to add six new outlets to the Village Grocer family by the end of 2017.

Although the premium grocery segment has seen more players in recent years, Ong believes there is still a lot of room for premium grocers particularly in the Klang Valley region.

“Competition in the segment will always be there, and it pushes you to do better. But the demand for premium groceries is also growing. Consumers are very discerning these days, and younger consumers particularly are more exposed to imported goods, and they want premium products,” he says. 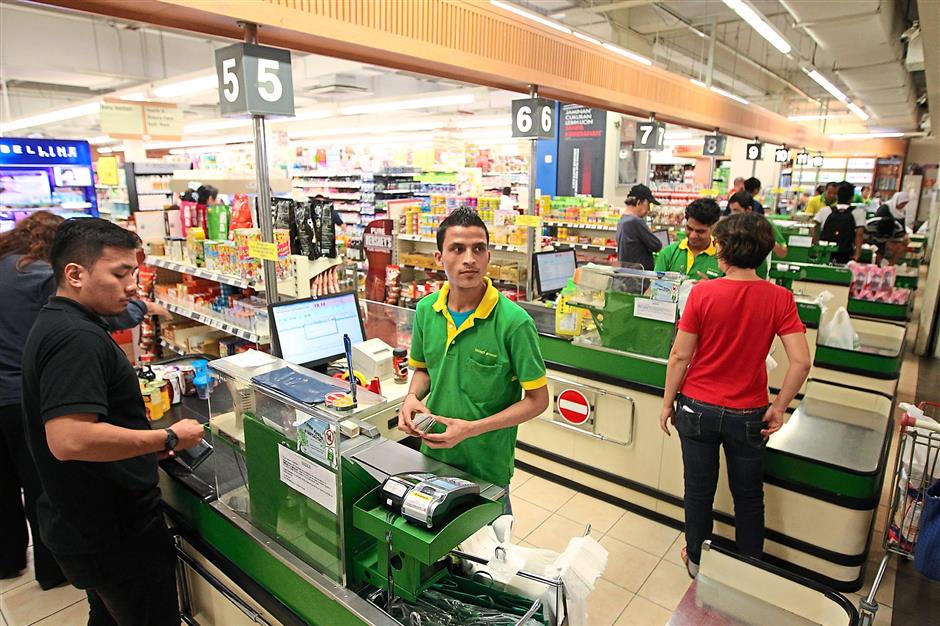 The Village Grocer chain has 700 workers on its payroll.


Ong still walks about his outlets regularly to ensure he doesn’t lose touch with what his customers want.

Some of his nieces and nephews are also actively involved in the business, and Ong says they are learning the ropes and the values required to run a good business.

“If you want to do the grocery business well, there is no limit to what you can do. We can always do better,” he observes.

Interestingly, Ong’s family has not taken out any business loans to fund Village Grocer’s expansion. And they have not run into any financial difficulty in the few decades that they’ve been in the grocery business.

Ong attributes this to good management.

“We have seen the progress of this business from a humble sundry shop in the 1950s to a supermarket in the 1990s, and now a niche supermarket. And we can see the growth plans that have been laid out for Village Grocer over the next few years.

“We are certainly very happy and proud to be where we are. We have come a long way and there are no regrets. It is a satisfying journey. My only wish now is that every customer leaves the store a happy customer. When they are happy, they’ll keep coming back,” says Ong.