Figs during the budding stage.

Fig farmer Ridzuan Abdullah tells ZIEMAN he is on a mission to popularise figs and to show that Malaysia is the only country where you can grow it all year round.

MOST Malaysians have never eaten a fresh fig in their lives, while some have only tasted the dried ones. If only more people were like Ridzuan Abdullah, who is a passionate grower and promoter of the fruit, we would all eat figs all year round.

A true lover of fig, Ridzuan started planting figs at his one-acre land in Kampung Merbau Sempak, Sungai Buloh, two years ago after he saw the fruit’s potential at his friend’s farm in Ulu Kelang. Interest piqued, he did some research and decided to go into fig farming full-time by setting up Figs Fiesta Malaysia.

“I plant 700 varieties of figs, which come from all over the world. I never knew it was so easy to grow figs because you can do it on the ground or (by using) containers. Just make sure they get enough sun, heat, and water because figs only require well-drained, fertile soil with plenty of moisture.

“In fact, you can also coax figs into ripening,” says the ex-hotelier.

Ridzuan spent more than RM10,000 initially to get his fig business up and going. He was a greenhorn but you wouldn’t have guessed it the way he was making progress. Within three months, he had had his first harvest. More importantly, he found that he might just be able to pull off the feat of planting and harvesting figs all year round. 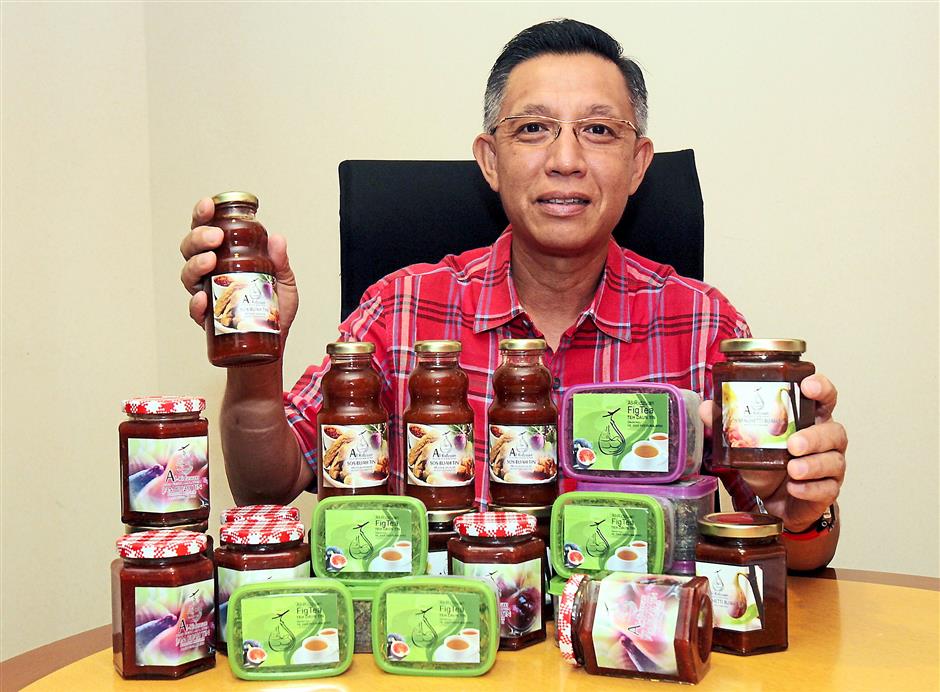 Ridzuan’s figs are available fresh, in the form of jam, dipping sauce, spaghetti sauce and even tea.

“Malaysia is the only country where we can have all-year-round production of figs because of our climate, and still get the best-quality figs, which have silky, sweet, sappy flesh,” Ridzuan says.

“I have proven that it’s possible to grow figs three times a year, and I’m now pushing for four times a year. If you were to plant a lot, you have to give them a space of at least 10 feet. Fig trees can spread very quickly, with thick shades and tough roots. They are tastier if they aren’t over-watered,” says Ridzuan who has four assistants to help look after his fig farm.

In his quest to maximise fig farming, Ridzuan took to experimenting with a variety of growing methods, including hydroponics and soil-less systems at his farm. He has also researched the best pruning, fertilising and irrigation methods. One takeaway lesson from this is that you have to make sure there is slow and deep irrigation so that the roots are trained to go into the deep and cool part of the soil.

So far, all the figs he has harvested have been snapped up, and Ridzuan is having difficulty coping with the demand. He says there has been a 10-fold increase in orders since he started selling.

To overcome this, Ridzuan is acquiring more land. He is currently in the midst of readying another three acres of land in Taiping for fig farming. He is making good progress, but the fig farm will only begin operations next year.

In the meantime, to keep up with demand, the enterpising farmer is encouraging people to grow figs by offering to train them and promising to buy what they grow.

“I supply the seeds and show them how to plant the figs. I’m offering this opportunity so that more people can supplement and produce figs for me. In return, I will buy back from them,” says Ridzuan who harvests 100kg of figs a day, but needs more than 3,000kg. 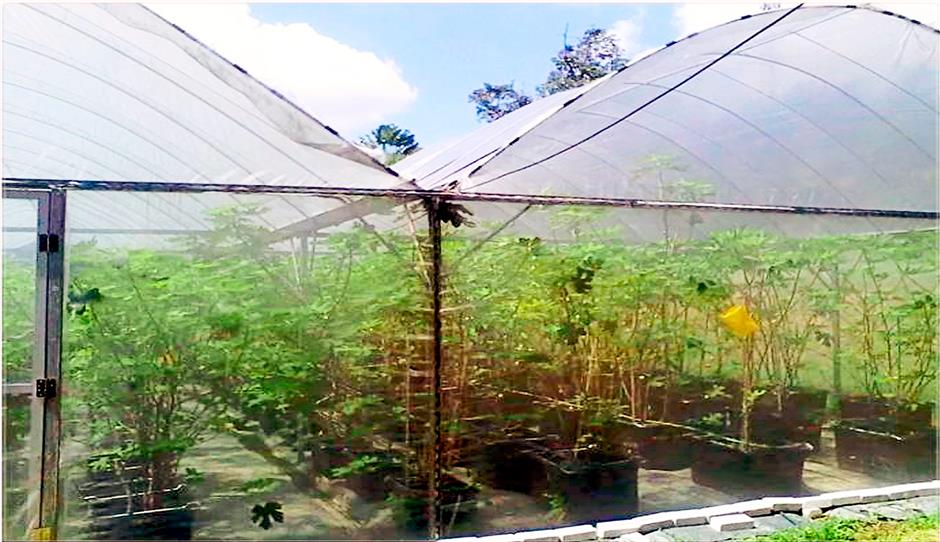 Fig trees propagated by cuttings of mature wood between two-three years of age.

According to Ridzuan, there are many ways to grow figs. You can either air-layer them, grow them from root-cuttings, nurture them from suckers or let them sprout from seeds.

“I have many fig varieties available for sale as plants and as cuttings in my nursery. I am sharing with fig lovers what I have experienced and showing them how to commercialise figs,” says Ridzuan.

Fig trees propagated from cuttings must be from mature trees between two to three years in age. The cuttings are about 2cm thick and 20cm long, and planting must be done within 24 hours. The upper, slanting end of the cutting should be treated with a sealant to protect it from disease, while the nether flat end is treated with a root-promoting hormone.

From his experience, Ridzuan says the best figs come from Spain with the fruit being of medium size and weighing about 50-60g each. He thinks figs from Italy. Portugal, Egypt, Greece, Middle-East, Taiwan, Japan, France and USA are rather different in taste and texture.

“Each fig has a different taste. There are some with a flat taste, chewy with dry texture. These kinds of figs could put you off all figs. I only plant the juicy and premium figs because I want more people to appreciate figs. I don’t want it to be a seasonal affair,” says the 51-year-old farmer.

Ridzuan’s premium figs are also available in various processed forms: jam, dipping sauce and spaghetti sauce, all at RM28 a bottle. In addition, he sells fig tea under the Al-Ridzuan brand.

Soon, there will be candied figs, cookies and ice cream too. If you prefer figs fresh, these go for RM80 per kilo.

Ridzuan is intrigued by the fact that almost all the parts of a fig tree could be used.

He says, for example, that he wants to commercialise the fig latex, a milky white liquid produced by the fig tree which can be turned into a dishwashing liquid. According to him, dried figs can also be roasted and brewed as a coffee substitute, while low-grade figs can be fermented and turned into alcohol. Fig seeds can also be turned into edible oil or lubricant.

“Fresh figs are perishable, so it is important to store them well. They will remain in good condition for eight days (if you keep them well), but would only last one to two days if left outside. However, when frozen, they can be maintained for several months,” he says.

Ridzuan, who obviously breathes and lives figs, says he is looking for investors to expand his business.