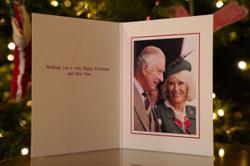 Hay (left) and Stockbridge about to lay a wreath on Remembrance Day at Taiping War Cemetery.

A remembrance service was held, at the Taiping War Cemetery in Perak, for those who fell while serving their countries during the two World Wars and other conflicts.

Remembrance Day, organised by the British High Commission, was held for the first time on Nov 13 since Prince Charles, the Prince of Wales who is now crowned King Charles III, visited the premises in 2017.

The service also marked 77 years since the end of World War II.

In his speech, British High Commissioner to Malaysia Charles Hay said those who sacrificed their lives fighting for peace and liberty shall be remembered.

“We must never forget the price they paid and that we continue to honour their legacy.

“The Taiping War Cemetery was created by the British Army and is managed by the Commonwealth War Graves Commission.

“We have hosted several memorials here over the years – including a visit in 2017 by the then His Royal Highness Prince Charles, but our annual remembrance event usually takes place in Kuala Lumpur.

“I am pleased that this year we are able to hold our remembrance service in Taiping in the beautiful and emotive setting of the Taiping War Cemetery,” he added.

The service began with a performance by the 1st Battalion Royal Gurkha Rifles pipers.

The service then continued with a reading of In Flanders Fields, delivered by British veteran Paul Baker, followed by the reading of The Soldier by former Royal Malaysian Police sergeant major S. Veerayah.

Defence advisor Capt Antony Stockbridge then performed a reading of For the Fallen.

After observing two minutes of silence out of respect for the fallen heroes, the ceremony ended with the traditional laying of wreaths at the base of the cross to pay tribute to those who gave their lives in the name of peace.

The Taiping War Cemetery was created after the defeat of Japan.

It was the place to receive the remains of fallen soldiers from graves in battlefields, numerous temporary burial grounds and from village and other civil cemeteries where permanent maintenance would not be possible. — By IVAN LOH 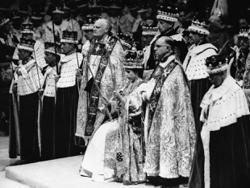