Nordin giving a high five to one of his students during a training session at EduCity Stadium in Iskandar Puteri. — THOMAS YONG/The Star

HIS years of experience representing Malaysia in international competitions, including two Olympics, has spurred former national sprinter Nordin Jadi to mould future ones.

“I have about 100 students in my programme and the youngest is aged five.

“Two schools in Johor and one in Selangor have roped me in to train their athletes,” he said.

Some of the children he trained had achieved success in the Malaysian Schools Sports Council (MSSM) athletics competitions and Malaysia Games (Sukma), Nordin told StarMetro.

He represented Malaysia in athletics at the SEA Games and was part of the Malaysian contingent to the Olympics in Los Angeles 1984 and Seoul in 1988, where he was also the flag bearer.

“Some of my students asked me about my experience representing Malaysia in the Olympics.

“Competing in the Olympics is not something that can happen overnight as it takes years of training.

“I tell my students that they should not only qualify for the Olympics, but go a step further by winning a medal,” he added.

Nordin said he had always believed that Malaysia could win a gold medal at the Olympics.

“Why is it that a country like Jamaica and even our neighbours the Philippines have athletes who can win gold?

“Their programmes have nurtured their athletes to achieve greatness and we can do the same,” he opined.

He said that spending months in Germany and the United States in the 1980s gave him insights into proper training techniques.

“Hopefully, through my training methods and programme, one of my students will win Malaysia’s first Olympic gold medal. That will be my greatest achievement,” said Nordin. 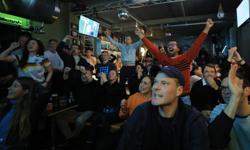 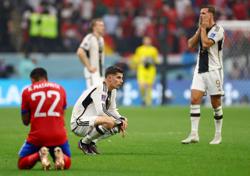