LENGGONG is aiming to establish a position as a choice eco-tourism destination with plenty of rivers, waterfalls and caves for visitors to explore.

Unfortunately, one of its popular tourist attractions — the Lata Ulu Lawin recreational area — leaves much to be desired.

Most of its facilities, including the toilet, gazebos and chalets are in disrepair while the bridge is dangerous to use. 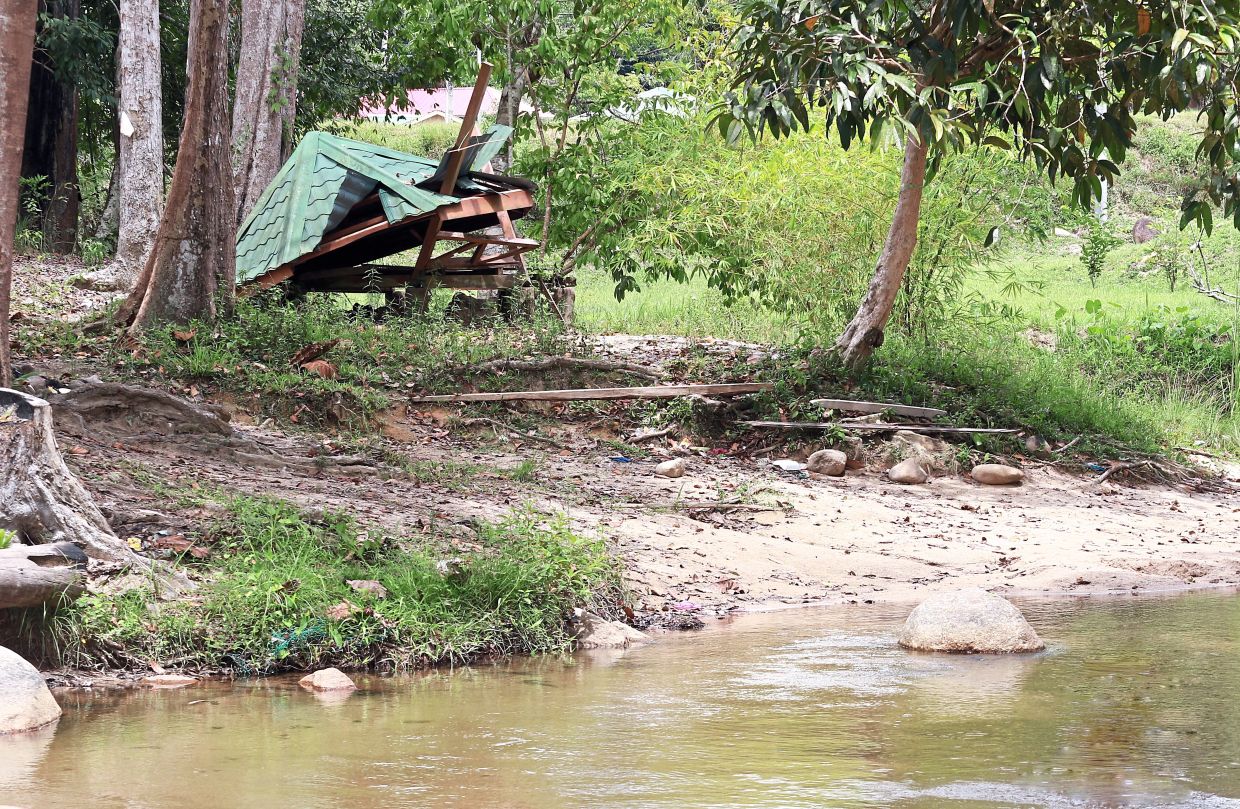 Rubbish including food waste, used diapers and plastic bags can be seen everywhere, with no attempt made to clean up the place.

The site, which has a waterfall, was said to be under the management of Kampung Lawin Village Development and Security Committee (JPKK).

Its former caretaker Huzaidi Mohamad claimed the facilities there were built by him and several other villagers a few years ago. “We used to patrol the area regularly.”Huzaidi Mohamad

“I used to manage the place with the help of some youths from the village.

“We collected money among ourselves and built the facilities including several chalets.

“We equipped the units with mattresses, pillows and furniture with the intention of renting them to tourists who wanted to say overnight.

“We even patrolled the area regularly to ensure the safety of visitors.

“We would collect the rubbish and ensure the place was in a good condition,” he added.

“Once, we even had almost 150 visitors at one time.

“However, some villagers were opposed to me and the youths running the place. The bridge at Lata Ulu Lawin in Lenggong is dangerous to use with missing metal railings.

“We had no choice but to stop managing the place after being advised by the village chief.

“But looking at how unkempt the place has become is truly heartbreaking,” he added.

Huzaidi hoped that the Perak government would allocate funds to the JPKK to restore the attraction.

“We hope the state government can help clean up the place and repair what’s broken.

“We heard that a private company was interested in running the place, but I hope that would not happen as they might charge entrance fees,” he added. Uncollected rubbish can be seen at the recreational site.

Businessman Mohd Farid Alias, from Gerik, which is about 20km away, recalled the times he visited when the site was in a good condition.

“People used to camp here and during weekends, it was hard to get a parking spot.”

Mohd Farid said he was shocked to see the condition of the site when he visited a few weeks ago.

“Since no one is managing the place, it has become horrible with rubbish scattered everywhere,” he added.

A bank officer, who only wished to be known as Elizabeth, said her parents used to take her to the waterfall.

“After the Covid-19 movement control order, we wanted to visit but when we checked online, it was listed as closed. Still, we decided to come anyway.

“We were shocked to see the state it was in,” said the Penangite.

Elizabeth said she would be willing to pay an entrance fee if the site was well-maintained.

“I don’t mind paying if that will help keep the area clean.

“By charging visitors, whoever is managing the place can hire workers,” she pointed out.

Self-employed Hamizan Saari said he was born and raised in Kampung Lawin before moving to Ipoh.

“I remember how excited Huzaidi and his friends were when they were setting up the place.

“I was told that there was a disagreement among the villagers.

“It is sad because Lata Ulu Lawin has a lot of potential,” he added.

“A budget of about RM100,000 has been allocated to fix broken facilities and upgrade the area,” she elaborated.

She said the work was expected to be completed by the end of next month.

The tourism industry in Lenggong is booming ever since Lenggong Valley was recognised by Unesco as a World Heritage Site in 2012 for its archaeological finds.

It includes the Lenggong Valley Archaeological Museum which houses the 10,000-year-old skeletal remains known as the Perak Man. Visitors are shocked by the current state of the site.

“A number of the tourist spots are managed by the district council.

“We have activities like caving, jungle trekking and river cruises.

“Visitors may get to see Rafflesia flowers at Kuak forest,” he said.

He added that Lenggong could cater to over 1,000 overnight visitors.

Mohd Amzari said the council had set up a tourism unit in February.

“Apart from promoting the products physically, the unit also has a social media page under the name ‘Panorama Lenggong’,” he said. He highlighted that Lenggong was recognised as a national geopark last year.

With its myriad attractions, Lenggong has drawn the attention of event organisers like Shahirah Mohd Nasir who recently helped organise the Outdoor Festival in the district in July.

“Lenggong is such a unique eco-tourism spot and is strategically located.

“Our programme gave visitors a chance to experience camping, boat rides and cycling,” she said.

Ipoh Social Club founder Deena Erissa Delaila Mohd Zawawi said she was planning to have the Tapau Fest in October in Lenggong.

“As an event planner, it is important to create festivals to draw visitors not just from Perak but also out of state.

“During a previous event in July, visitors were taken in with Lenggong’s beauty.

“As someone from Perak, I want to do my part to promote Lenggong and boost the local economy,” she added. 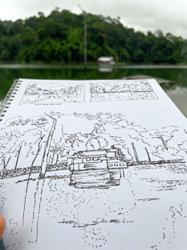