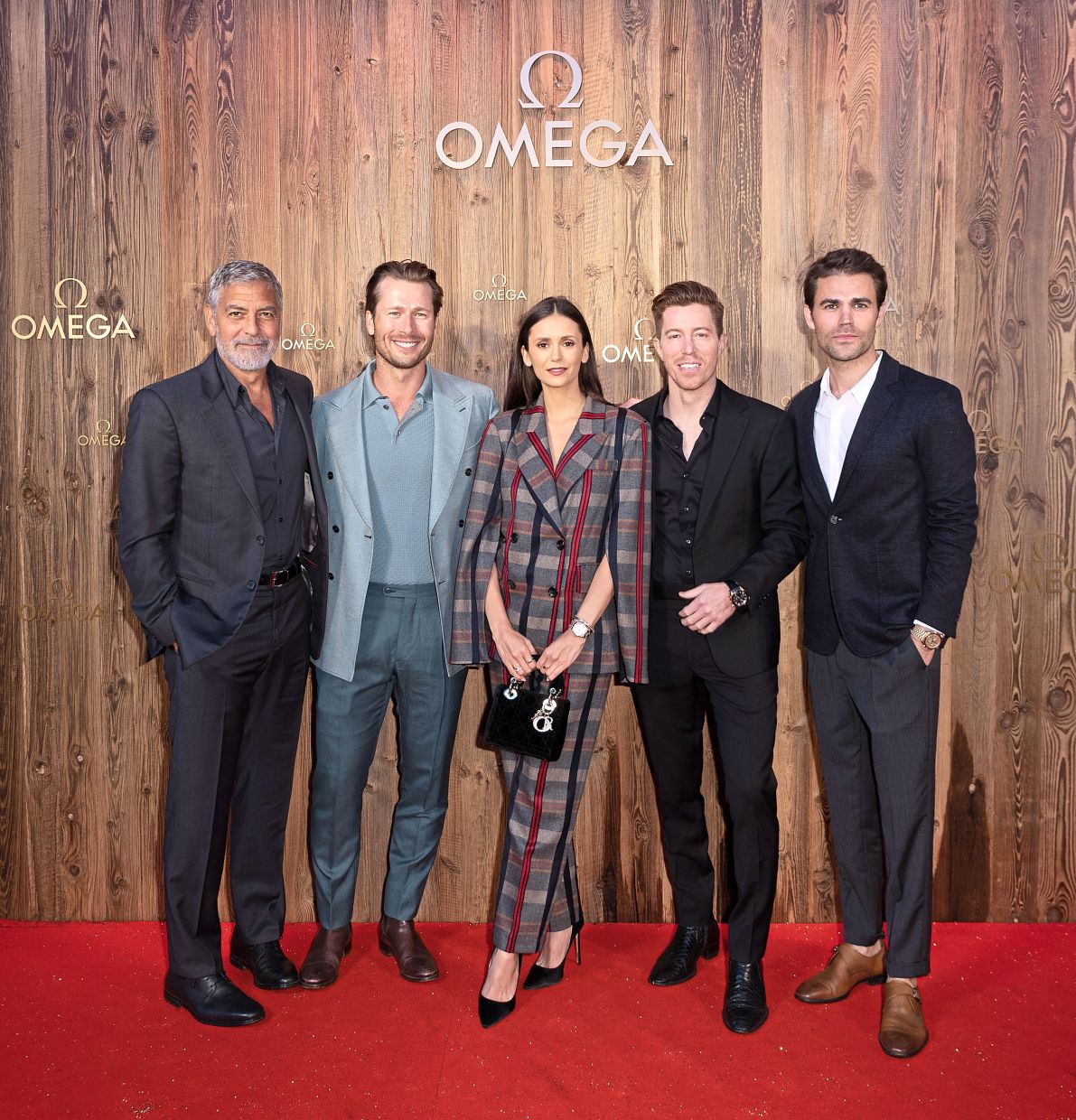 (From left) Clooney with Powell, Dobrev, White and Wesley at the high-altitude event in Switzerland.

SWAPPING the silver screen for the golf greens of Switzerland, Hollywood actor and filmmaker George Clooney was the guest of honour at a special event in Cry d’Er, Switzerland, to mark this year’s Omega Masters tournament.

The renowned star is a long-standing Omega ambassador and has been on hand throughout the decades to celebrate the brand’s many passions – from moon landing anniversaries to new Speedmaster watches.

This time, the occasion was all about golf, and Clooney joined a host of other celebrity guests at an altitude of 2,200m.

Omega president and chief executive officer Raynald Aeschlimann said, “We have been the title sponsor of this mountain golf tournament for 21 years but it’s the first time we’re having George here.

“He has brought some real star quality, and it’s an honour for us.”

Clooney said, “I can see why Omega loves it here so much. This brand always does everything to the highest standard, and in terms of a golf tournament, I can’t think of a better location or title host.”

The event was also an opportunity to share a behind-the-scenes look at Omega’s new Speedmaster ’57 campaign – in which the Hollywood A-lister takes a lead role.

Clooney said, “My father always wore an Omega. It was the epitome of class.

“When I first started working with Omega 20 years ago, I went through his attic and found it. I wound it and it worked. I started with that, and the ’57 is just a beautiful watch.”

The Omega Masters is one of Omega’s sporting highlights.

Originally called the Swiss Open when it was first played in 1923, the high-altitude competition has remained at the same venue since 1939, making it the oldest golf tournament in Europe to be played on the same course every year.

Omega claimed the naming rights in 2001.