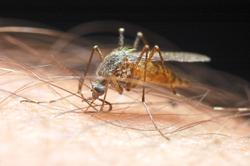 Sarawak aims to stay free of mosquito-borne malaria as it has not recorded a single local infection since 2016.

Deputy Health Minister II Datuk Aaron Ago Dagang said malaria cases in the state peaked in 1999 with 3,155 cases while a total of 2,802 cases were reported in 2010.

“Starting in 2016, Sarawak achieved the target of zero cases of local (indigenous) human malaria infection and has maintained that record until now,” he said at the state-level World Malaria Day event at Kapit Town Square.

“Those returning from abroad will need to undergo a medical examination including malaria screening and if there are any symptoms, they need to seek treatment immediately,” he said.

He noted that malaria was not an infectious disease, but could be fatal if not detected and treated early.

“This disease causes patients to feel miserable because of fever, joint pain, muscle pain and anaemia.

“Therefore, if you or a family member has a fever and a history of carrying out activities that put you at risk of being infected with malaria, seek early treatment.

“More importantly, take medicine as advised by the doctor to avoid complications,” he added.

Aaron also reminded officials and health personnel to always be aware of groups that were at risk of malaria infection in health facilities operating in their area.

“Government or private agencies in commercial sectors such as plantations, mining and construction need to play an important role especially when it comes to foreign workers.

“All foreign workers should go through a medical examination including malaria screening according to the policy set by the government,” he stressed.

The Malaria Day event was organised by the Sarawak Health Department along with the Kapit Resident Office.