Agencies team up to address floods 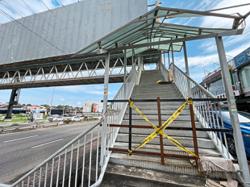 JOHOR Baru City Council (MBJB) will take proactive measures after several parts of the city were inundated following the downpour on Aug 2.

The city council signed a Memorandum of Understanding (MOU) with the state Public Works Department (JKR) and state Drainage and Irrigation Department (JPS) on this.

Johor Baru mayor Datuk Mohd Noorazam Osman explained that main rivers and drainage were under DID’s purview while MBJB was in charge of main tributaries and ditches.

“The culverts have to be maintained regularly so they do not clog up, especially during a downpour and high tide.

“A discussion will be held soon between all parties on this,” he said. Riverbed cleaning works at Sungai Sengkuang and Sungai Buntan had been carried out to prevent repeat flooding in areas located near rivers, he said.

“The city council has also instructed a developer to prevent soil from its ongoing project flowing into drains which caused the flash flood,’’ he said in a statement.

Mohd Noorazam said that failure to do so would result in a stop-work order being issued to the developer under Section 71 of the Street, Drainage and Building Act 1974.

He said if found guilty, the developer could be fined up to RM500,000 or face 10 years’ imprisonment .

On long-term plans, he said that the city council would carry out a study on the capacity of existing water pumps including installing pumps in new development areas.

“This is to ensure water can be released smoothly into the Straits of Johor, especially during high tide,’’ said Mohd Noorazam.

He also urged residents to stop dumping waste into rivers and drains as their action could result in drains clogging up and causing flash floods. 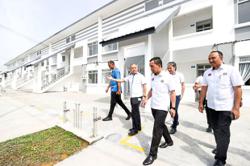