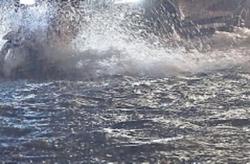 Evelyne (centre) with Joshua (right) and another resident, Eric Lee, looking at the proposed draft plan for the area. — YAP CHEE HONG/The Star.

RESIDENTS and the business community living in and around Happy Garden, Taman Goodwood, Kuchai Entrepreneurs Park and Jalan Kuchai Lama in Jalan Kelang Lama, Kuala Lumpur, are worried about several proposed developments in their townships.

They claim the proposed change of land use under the Draft Kuala Lumpur City Plan (KLCP) 2020 will cause more traffic in the township that is already reeling from chronic congestion issues.

The proposed change will increase the current plot ratio of 120 persons per acre residential to 1:6 mixed development plot ratio.

The Happy Garden and Continental Park Residents Association (HGCPRA) has written to Kuala Lumpur City Hall (DBKL) and Seputeh MP Teresa Kok regarding the matter and is seeking a meeting with them.

“The proposal is to change the land use zoning of 1.4ha land from the current residential low density housing to mixed development with an increased plot ratio.

“As it is, all access roads into Jalan Kuchai Lama are congested and you can see the traffic jam snaking along the stretch and spilling onto Jalan Kelang Lama,” said HGCPRA honorary secretary Evelyne Low.

“You can see the tailback going right up to Mid Valley. And this situation is no longer confined to peak hours anymore.

“If the proposed amendments to the KLCP 2020 are passed, we believe the traffic congestion will worsen in the next four to five years,” she said, noting that for the past decade, there had been at least 3,212 units of high-rise residential units added to the Kuchai Lama vicinity.

“With a conservative estimate of two cars for each household, that is an addition of over 6,400 vehicles using Jalan Kuchai Lama,” she added.

However, congestion is not their only concern as residents recently experienced severe flooding along the Jalan Kuchai Lama stretch, affecting hundreds of homes and businesses in the area. 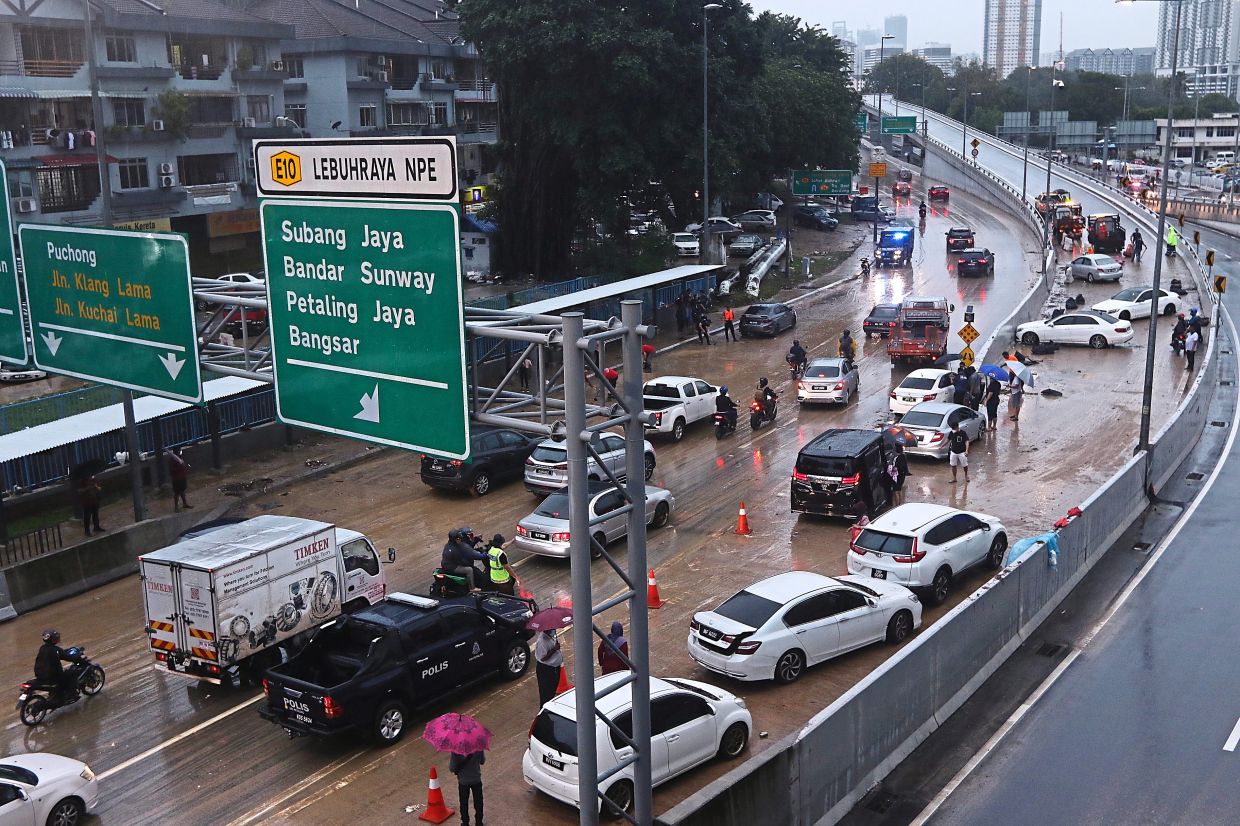 Many cars were stuck in Jalan Kuchai Lama during a flash flood in early March. – Filepic

Resident Joshua Low pointed out that due to the changing weather patterns, Jalan Kuchai Lama and its surrounding area had been experiencing increasingly bad flash floods.

“We have always had flash floods here, but of late, especially on March 7, we saw one of the worst floods to hit the area,’’ he said.

Even a police patrol car was swept away by floodwaters.

Residents said the flash floods showed that the infrastructure had reached a tipping point and could no longer sustain the level of development the community was experiencing.

“The overdevelopment has also reduced the land available to act as water retention during heavy rain, causing all the rainwater to flow to the drains.

“We believe the recent flash floods will be the first of many to come if DBKL continues down the path of over-development in our community,’’ added Joshua.

Many businesses were also affected by the floods.

A tyre and battery shop owner said he had to rush to move his customers’ cars to higher ground during the March 7 floods when the water level reached almost a metre high.

A restaurant proprietor who declined to be named said he suffered losses during the incident, as did another business owner who runs a car workshop in Jalan Kuchai Lama.

An employee of an elevator company, who identified himself only as Kevin, said he and his colleagues were stranded without food until late evening because of the flash flood.

“Water flooded the entrance to the office building,” he recounted.

Evelyne said although there was a proposal in the draft plan to upgrade Jalan Kuchai Lama, this was not the solution.

“Based on our observation, no matter how the roads are upgraded, most parts of Jalan Kuchai Lama are already without a land buffer to expand the width of the road,’’ she added.