Abdul Karim (centre) with (from left) Ling, Gan, Ting and Hii at the launch of the Borneo Tribal Music Festival in Sibu.

DOMESTIC and foreign tourist arrivals to Sarawak increased by 680% for the first five months of this year compared to the same period last year.

“This is a jump of 376%,” he said at the media launch of Borneo Tribal Music Festival (BTMF) that will be staged in Sibu for the first time, from Sept 23 to 24.

As for arrivals from peninsular Malaysia and Sabah through flights, Abdul Karim said the number was 47,170 last year compared to 395,746 this year, a jump of 738%.

He revealed that tourist receipts showed an increase too.

“So, I believe hotels and restaurants can see that people are coming back.

“That means things are picking up and returning to normal,” he added.

In line with this, Abdul Karim said organising events and programmes would not only benefit industries such as hospitality and aviation, but also drive the local economy.

As such, he encouraged more programmes and events to be organised in Sarawak to attract tourists. 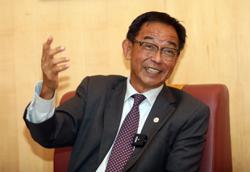