THOSE who have been bitten by rabies-infected dogs have a 99.9% chance of survival if they are vaccinated immediately.

“Go to the clinic or hospital and get vaccinated immediately if you are bitten by a dog.

“If you delay getting vaccinated, chances of you dying from rabies is very high as the virus can reach your brain within days,” he added.

Dr Sim said young children were more at risk of succumbing to the disease.

“So if you are bitten by a dog, quickly get yourself vaccinated as you won’t know whether the dog has rabies,” he said, adding that it was for this reason that one should seek immediate treatment.

Dr Sim, who is also Sarawak Public Health, Housing and Local Government Minister, advised dog owners to vaccinate their pets against the disease.

“Our aim is to have all dogs vaccinated.

“Unfortunately, the vaccine lasts for only one year. It is similar to the Covid-19 vaccine where you need a second dose, then a booster dose,” he said.

It was reported that Sibu Division — which comprises Sibu, Selangau and Kanowit — recorded 13 deaths caused by rabies between January 2021 and May this year.

From that figure, seven deaths were reported in Sibu district, followed by four in Selangau and two in Kanowit.

Sibu divisional disaster management committee chairman Wong Hee Sieng, in a statement, said the majority of deaths related to rabies – 12 cases or 92% – were reported in the outskirt areas.

“Two of the victims were aged below 12.

“One was an 11-year-old and the other a three-year-old who was the youngest victim,” he said, adding that three other victims were aged 16, 17 and 21.

“Eight victims were aged above 31. The oldest was 64 years old,” Wong further revealed.

He said 12 of the victims succumbed to the disease as they were bitten by dogs that had not been vaccinated with the anti-rabies vaccine.

“One death was caused by a vaccinated dog,” he added. 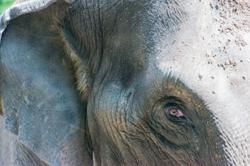 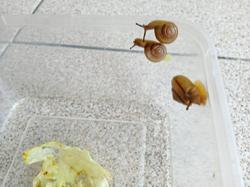