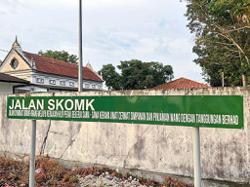 The 18-year-old national sprinter, who won the silver medal in the 4x100m event at the Hanoi Sea Games last month, said he did not expect to ace the exam.

“Having to juggle sports and studies was quite tough.

“I did my revision even when training and taking part in tournaments,” he told reporters after getting his results at SMK Gunung Rapat in Ipoh, Perak.

“After all the sacrifices I made, getting these good results means the world to me,” he said, adding that he was still competing in competitions every weekend during the examination period.

“My next competition will be at World Athletics Under-20 Championship in Columbia. Then I will fly to the United States to pursue further studies.

“I have received several scholarships from various colleges there but I still haven’t decided which college I want to attend,” said Muhammad Azeem, who is currently staying in Teluk Intan.

Another SMK Gunung Rapat student who scored 6As was Cahaya Iman Fatihah Ahmad Sofian, 18, who went through a tough time.

“My mother and I had to take care of my father who had a mild stroke and was warded in the intensive care unit.

“There were days when we didn’t have money as my mother was not working then.

“I almost gave up on my studies but with the support of my teachers, friends and family, I aced the exam,” she said.

Cheah, 18, practised answering a lot of past year and trial examination questions and prepared notes as part of his study routine.

“It is important to have a good understanding of subjects,” he said.

“My ambition is to either become a doctor or work in a field related to medicine. I am also considering becoming a pilot.” 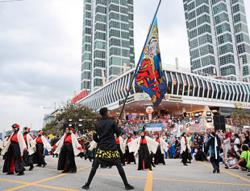