THE public display for the draft Ampang Jaya Municipal Council Local Plan 2035 (RT MPAJ) slated to happen this month, has been moved to next month.

MPAJ Urban Planning Department director Zuraina Said said changes were still being made to the draft plan before it could be presented to stakeholders.

“The plan is in the final stages and has been reviewed several times by MPAJ department heads and other technical agencies, and is now with the appointed consultant.

“We carried out a survey during the process of preparing the draft plan and have incorporated suggestions and feedback from stakeholders,” she said, adding that most respondents were concerned about environmental and development issues.

Traditionally, stakeholders are invited to give their input and objections only after the draft local plan is prepared and put up for public viewing.

However, several groups had sent their feedback during the draft’s preparation stage with hopes of a more holistic engagement process to determine the type of future development in Ampang Jaya.

Zuraina said she hoped to have the plans ready for display after Hari Raya Aidilfitri.

She said the stakeholders would have one month to send in their objections once the draft plans were made public.

“We will also make the plan available for viewing online to encourage more feedback.”

The tabling of the draft plan was delayed due to Covid-19 pandemic-related restrictions. The initial target was to have it ready by July last year.

Last year, StarMetro reported that MPAJ allocated some RM700,000 to hire consultants and finance production of the draft plan, which touched on land use, infrastructure, transportation, environmental conservation and tourism. 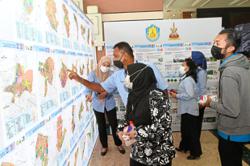