Perhilitan officers in Desaru, Kota Tinggi, showing some of the traps used by poachers. — Bernama

AUTHORITIES involved in protecting Malaysia’s wildlife from poachers should rope in the Orang Asli community.

Johor Malaysian Nature Society (MNS) vice-president Vincent Chow said the community was more than capable of helping out in Operasi Bersepadu Khazanah (OBK), a multi-agency task force to clamp down on illegal wildlife trading and poaching.

“The Orang Asli community are experts on the forest and it is time they are roped in to better protect our wildlife, in particular endangered animals from poachers,” he said.

Involving the Orang Asli would boost conservation efforts, he highlighted.

He said OBK should be held continuously and as such, more manpower was needed.

“It was revealed that OBK managed to destroy 2,000 traps set by poachers, but I believe there are thousands more.

“This is why it is important for Orang Asli to be part of the OBK as they can provide valuable information as well as additional manpower,” he added.

Chow reminded the public not to share over the social media information such as the location of wild animals as this would encourage poachers.

Wildlife and National Parks Department (Perhilitan) director-general Datuk Abdul Kadir Abu Hashim was quoted in an earlier report to have said that 2,038 traps were destroyed from September 2019 until last month through the biodiversity protection and patrolling programme.

This year, two operations have been held under OBK. 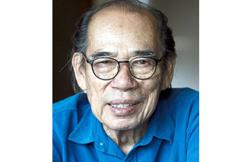