A jubilant family posing for a photo at the end of the Arts@RiverThree Community Theatre-Making workshop.

EXPANDING the role of arts and culture in tackling biodiversity loss and reaching a wider community are very much needed, especially when using non-traditional methods during challenging times.

Instead of just the arts practitioners doing their bit, what if a more inclusive community works together to produce art to educate and create awareness for greater good?

That is what a programme called Arts@River Three Community Theatre-Making is inspiring other educators and coaches to do.

The success of Story on Biodiversity in Season One (The Story of Bule Madu) and Season Two (Life on Land), which took place online last year due to the Covid-19 pandemic, led to Season Three’s (Life Below Water) roaring success when it took place last month.

The event was held at PentaSungai@Taman Melawati River Three Park in Kuala Lumpur after a 12-week workshop with parents and the children.

Now parents are asking to run a similar educational programme for Season Four!

Its aim, among others, is to put art and art-making back into the hands of the local community amid limitations caused by Covid-19.

“We wanted to make art and art-making much more accessible and affordable compared to traditional approaches and spaces, besides supporting government initiatives to build resilient communities,’’ said Toh.

“Using art and art-making to introduce river CPR and biodiversity conservation to local communities furthers the arts and science agenda as well as adds vibrancy in a hybrid environment while promoting an inclusive community- engagement activity in Taman Melawati.”

Both Toh and Michael feel that this is a good way to introduce arts and art-making to local folk in order to uncover new artistic talents within the community.

“As climate action and biodiversity or environmental conservation are not part of mainstream syllabus in the Malaysian education system, many people, young and old, are unaware of the importance of those issues to human and other life forms on this planet.

“When it comes to unfamiliar subjects, presenting the facts in the form of theory or data would be uninteresting to the public.

“However, when the same important subject matters are explored on-site at the River Three Park and showcased by involving a diverse community from the general public, it captures their interest, heightens awareness and inspires the community to take action as part of the process,” said Toh.

Season Three (Story on Biodiversity): The Plastic Fantastic by Arts@RiverThree Community Theatre-Making proved that not only was the showcase impactful, but the creative process itself – using a non-traditional approach in a non-traditional art space to encourage wider audience to play their roles – was successful in achieving desired outcomes.

Those interested to visit the first PentaSungai in Taman Melawati River Three Park, can call Syuen (012-657 3739 or email syuen@riverthree.org).

Do not forget to bring your sun hat for the walkabout visit. 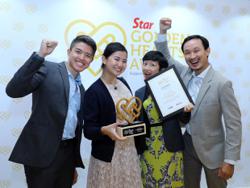 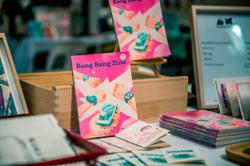