How (in orange) receiving foodstuff at her Padang Tembak flat. With her are (from left) Oon, Lee, Hong, Neoh and PCC Yes deputy chairman Chris Tan. — ZHAFARAN NASIB/The Star

STAYING alone in her one-room flat, How Ah Bee, 71, is happy to receive food rations just in time for Chinese New Year.

“The rations will last me for some time and I do not have to worry about stocking up anytime soon.

“It is nice to be able to enjoy extra food during Chinese New Year,” said How who received the box of rations from Penang Chinese Chamber of Commerce (PCCC).

She used to work in sales but it became difficult for her to get a job the older she got.

“The Covid-19 pandemic has also made it harder for me to get a job so now I spend my days at home.

“I am a spinster and live here alone.

“I have two siblings, one living in Johor and another in Penang.

“I hope I’ll get to see them this Chinese New Year,” she said when met at her flat in Padang Tembak, Ayer Itam, Penang.

Another recipient of the rations, Teoh Ching Hooi, 61, who used to work at a petrol station but now unemployed, said the foodstuff was much needed.

“My wife and daughter are disabled so these rations will help us,” he said.

A total of 500 families and residents of 13 homes received the rations from PCCC and its Young Entrepreneurs Section (Yes) to mark the festive season.

PCCC Yes chairman Leon Lee said they gave out 600 boxes of rations with 300 to residents at Padang Tembak flats and 200 to families in Butterworth.

The remaining 100 boxes were given to 13 charity homes to mark PCCC Yes’ 13th anniversary.

“We have been spreading festive cheer to the less fortunate for 10 years.

“It’s great to see everyone in PCCC coming forward with their donations.

“Every year, we get requests for help.

“We look into the eligibility of the people asking for aid as we want to make sure our rations go only to those in need,” he said. PCCC Yes representatives bringing boxes of rations to give to needy families. 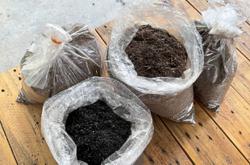