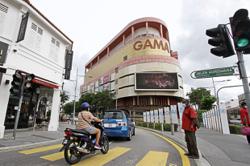 THE state is ready to recruit new talents and open fresh opportunities to drive the next industrialisation phase as Penang marks its 50th Anniversary of Industrialisation Celebration, says Chief Minister Chow Kon Yeow.

“We are taking the opportunity provided by the celebration to attract fresh talents into the state.

“The skills are vital to maintaining the fundamentals of the state’s electronics and electrical (E&E) industry and enhancing its competitive edge, as the state’s E&E sector still contributed about 60% of the country’s total E&E exports during the movement control order period.

“We will also identify the opportunities that will help propel the state towards realising its digitalisation objectives,” Chow said.

He was speaking at a press conference held at Penang Development Corporation (PDC) following the launching of the year-long 50th anniversary celebration.

“The tagline for this celebration, ‘50 Years of Excellence and Beyond’, aptly describes the state’s ambition to capitalise on this springboard and forge ahead with all stakeholders.

“Together, we can propel Penang to greater heights for the next 50 years and beyond,” he said.

In conjunction with the event, Chow launched a unique blue and gold logo – a futuristic icon – that encapsulates the state’s digitalisation objectives.

“The logo uses a blue and gold combination to portray modernity and grandeur, inspired by the Penang flag.

“The blue colour represents the technological and digitalisation goals Penang strives to achieve in the new industrial age.

“Gold, on the other hand, highlights the Golden Jubilee of Penang’s industrialisation.

“The logo also incorporated elements of binary codes to create a distinct futuristic icon that commensurates with the state’s digitalisation objective,” he said.

The state has lined up 12 themes for the year-long celebration to commemorate its achievements.

“All themes coincide with the Penang 2030 vision of ‘a family- focused, green and smart state that inspires the nation’.

“This celebration coincides with two upcoming international tech events in Penang – the SEMICON Southeast Asia 2022 and the World Congress on Information Technology (WCIT) 2022.”

Chow said the state was aware of the emerging trends and strove to uphold its competitive edge by penetrating high value-added activities while strengthening the existing industry clusters.

“The state will not rest on its laurels but will instead strive to bank on our industrial expertise to maintain excellence for the next 50 years and beyond,” Chow added.

“This has translated into far-reaching effects that involve moving up the value chain and raising the local workforce skillsets.

“All these have placed the state on the right trajectory to achieve a high-income economy.

“Specifically, we are seeing digitalisation, manufacturing excellence and innovation as the key drivers and talents pool expansion as the factor underpinning the drivers’ success,” Lee said. 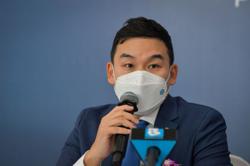