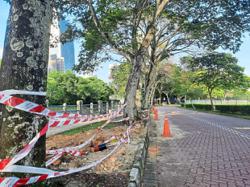 IT HAS been almost two weeks since payment for on-street parking in Selangor went fully cashless, but some motorists claim they are not aware of the transition.

Although the state government has given a grace period of three months, until March 31, before phasing out scratch-and-display coupons, several motorists StarMetro spoke to said they were unprepared.

Siti Nazatul Mohd Ismail, 56, an administrative worker in Pandan Perdana, Ampang, said she had several coupon booklets left that she would not be able to use within the time frame.

“I only recently purchased the booklets as I would typically have to use several coupons for on-street parking for the whole day.

“The coupon agent did not tell me that it would no longer be used soon.

Siti Nazatul added that she was unfamiliar with e-payment methods.

Selangor is the latest state to implement cashless payment for parking, following in the footsteps of Kuala Lumpur and Penang.

Starting Jan 3, motorists throughout the state must use the Smart Selangor Parking (SSP) app or other e-payment methods for on-street parking managed by local councils.

Digital coupons or “eKupon” have also been introduced via the SSP app, in place of paper-based ones.

He said the state government would ensure easy access to registered eKupon agents under every local council in Selangor. Ng is not aware that coupons for on-street parking in Selangor will no longer be used by March 31.

Ng said he was unaware that conventional payment methods would be discontinued.

“Perhaps, local councils should display the information around parking areas so more of us would know about this new policy.

“They should also have personnel teaching motorists how to use the app,” he suggested.

“Previously, I had to download different apps as each local council had a separate payment platform.

“I would have to have credit in each app,” he said.

However, he acknowledged that having a fully digital platform could be unfair to some people.

“Just recently, I was approached by a senior citizen in Kajang who could not find a parking coupon agent, nor were there any parking machines.

“In the end, I paid for his parking using my phone as he did not have a smartphone.

“There should be a mechanism in place to cater to this group of motorists,” Mohd Khairul added.

Similarly, motorist Zulfahmi Amran, 35, said while the convenience of digital solutions had done much to ease the stress of parking, there should be alternatives for those who were not able to adopt such technologies.

“As someone who is familiar with technology, it is easy for me to adapt to the change.

“But some are still trying to find their footing.

“My mother, for example, was hesitant as she was not used to digital payment.

“But with some help, she is getting used to it,” he said.

“It is only the method of payment that has changed.

“Enforcement against parking offences will still be carried out,” he said. 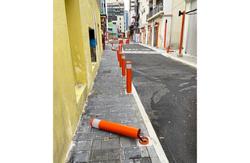 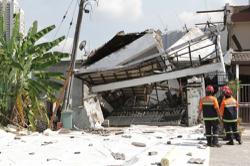