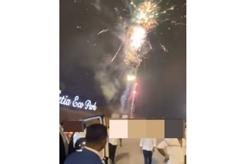 A motorcyclist riding through the flooded Taman Melawis in Klang. — Filepic

THE last few months of 2021 have been tough on Klangites with floods and the emergence of the Covid-19 Omicron variant.

Between Dec 17 and 19, some 18,858 people were evacuated from their homes to 64 temporary relief centres (PPS) after floods hit the Klang district, following continuous rain.

Dozens of residents in Klang spent the night in their cars on Dec 17, as they could not get home because the roads were submerged in water.

Hundreds of flood-damaged cars were left on the roads and even tow trucks could not enter such areas due to high waters.

In Setia Alam, Shah Alam, main roads connecting Meru to Bukit Raja were submerged in 2m to 3m-deep floodwaters from Dec 17 until late evening of Dec 18, while hundreds of houses in Taman Melawis, Klang were inundated.

In fact, flash floods had hit several Klang neighbourhoods earlier too, on Oct 20.

Meanwhile, the persisting Covid-19 has resulted in many people in the B40 and M40 groups having to deal with job or income loss over the past two years.

Such challenges explain why Klang residents are against the proposed 25% assessment hike on properties from 2022, which is to be imposed gradually over a period of five years.

According to a Klang Municipal Council (MPK) source, the decision was based on the improved value of property. The assessment rates have not been revised since 1993.

He said MPK had subsequently applied to Selangor Economic Planning Unit for a deferment on the revised rates.

In October, council secretary Elya Marini Darmin confirmed that the rates would remain status quo but there was a possibility that residents would pay more in 2023.People have urged MPK to find other sources of income instead of burdening ratepayers.

On Dec 15, Ahmad Fadzli was transferred to the State Secretariat as Selangor’s new finance officer.

Subang Jaya mayor Noraini Roslan will take over as MPK president on Jan 2.

Other issues in Klang that grabbed the limelight last year include Chetty Padang’s name change and plans to turn a recreational field in Taman Berkeley into a carpark.

Under Ahmad Fadzli’s stewardship, the refurbished 1.34ha Chetty Padang in Jalan Bukit Jawa was turned into a public square and named Dataran Majlis Perbandaran Klang in May.

Academics, former athletes, politicians, the business community and Klang folk objected to the new name, saying that the people were not given the opportunity to give their input on the matter.

Chetty Padang, which was a training ground for many local athletes, got its name from Chettiar merchants from Tamil Nadu, India. The merchants used to sell salt in bullock carts at the field in the 1940s.

Near the field, stands the 150-year-old Sri Nagara Thandayuthapani Hindu Temple and Nattukottai Chettiar townhouse that are managed by the Chettiar community.

On June 4, after relentless uproar, MPK removed the new name welded on the archway.

But this will not quell people’s anger as they still want the name Chetty Padang reinstated on the archway.

In August, a majority of Taman Berkeley residents protested against MPK’s proposal to turn the sole neighbourhood field into an open air carpark and futsal court.

Other residents associations and Chinese clans, irked by plans to develop the field, joined the Taman Berkeley residents in protest of the proposed development.

On Nov 24, Ahmad Fadzli, in a letter to the Save Berkeley Field pro-tem committee, made it known that the Taman Berkeley Residents Association (TBRA) had submitted an application on June 25, 2020 to develop the field.

The Save Berkeley Field pro-tem committee garnered 623 signatures from residents who were against the 0.95ha field being developed.Taman Berkeley residents, who objected to the project, said it would deprive them of a green space.

Ahmad Fadzli had said the final decision would rest with the Selangor Economic Action Council.

On Dec 7, the Save Berkeley Field ommittee called on TBRA to withdraw the proposal.

The matter is still pending. 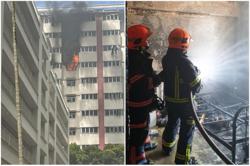