KUALA Lumpur City Hall (DBKL) is looking at expanding non-smoking zones in the city, including at markets and public swimming pools, as part of its KL Smoke Free City (KLBAR) initiative.

Kuala Lumpur mayor Datuk Seri Mahadi Che Ngah said they were looking at including a "No Smoking" regulation as part of licensing conditions for business owners in places such as wholesale markets.

“We want smokers to try to kick the habit which is not only detrimental to them but also to those in their vicinity.

“This will be in addition to restaurants and parks, which have already been designated as non-smoking zones.

“The KLBAR initiative is a bottom-up approach from the community level to ensure that the city is free of pollution caused by tobacco, vape and shisha,” he said during the launch of the campaign Wednesday (Dec 1).

Mahadi said while enforcement against those caught smoking in non-smoking areas was ongoing, the KLBAR initiative was to bring attention to the prevalence and effects of the smoking habit.

As part of the campaign, videos, posters and other visuals encouraging people to be aware of smoke-free areas will be displayed around the city.

This included videos in LRT and MRT coaches, electronic billboards, as well as posters along pedestrian walkways.

During the event, Mahadi also announced the winners of the virtual KL Smoke Free City Run, which was held between April and September. 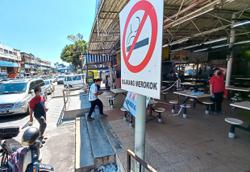 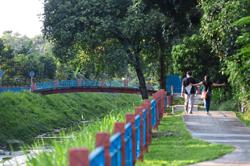