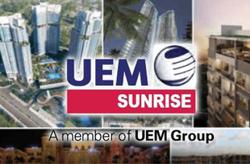 THE opening of the Vaccinated Travel Lane-Land (VTL-Land) between Johor and Singapore yesterday is a good start for both countries, says the Real Estate and Housing Developers Association (Rehda) Johor.

Its chairman Wong Boon Lang said he was optimistic that the move would positively impact the property market.

Although the first phase of VTL-Land is open only to citizens, permanent residents and long-term pass holders of the country that they are entering, he felt it was nevertheless a good move.

“Malaysia and Singapore have a long-standing relationship economically and socially, so both countries cannot afford to close their borders any longer,’’ said Wong.

The 1.06km Johor Causeway is one of the busiest land borders in the world, with more than 400,000 people crossing daily before the Covid-19 pandemic hit last year.

“The most important thing for both countries is to roll out the VTL-Land in a safe way,’’ he added.

Wong hoped that the lane would slowly be expanded to include general travellers, taking into account the public health situation, and travel would also be restored via the Tuas Second Link in Tanjung Kupang, Gelang Patah.

“Malaysians working in Singapore but living in Johor Baru make up a good percentage of house buyers in Iskandar Malaysia,’’ he noted.

“Extending the HOC will definitely help us to sell our properties and reduce overhang,’’ he explained.

An extension will allow for more prospective buyers, especially first-timers, as developers participating in the campaign are offering rebates.

Wong also said that the past 22 months had been tough for developers.

“The next one or two years will remain challenging for us, not only in Johor but also throughout the country.’’ 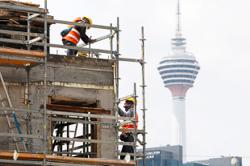